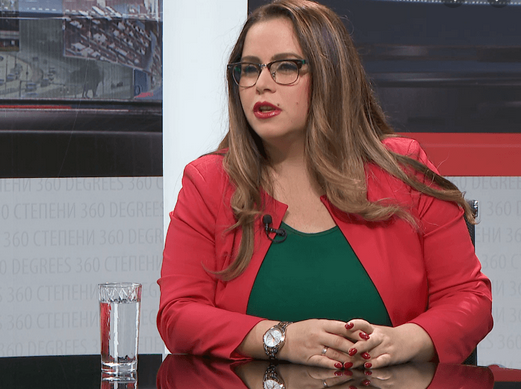 The ruling SDSM party employed the services of two members of Parliament, one of them expelled from VMRO-DPMNE and the other on her way out. During an interview with the pro-Government 360 Degrees program, Nola Ismajlovska – Starova and Daniela Rangelova came out with a claim that, during the elections in 2014, the conservative candidates were asked by their party to commit to voting for a new name if an agreement with Greece is reached.

In 2014 we were asked whether we would be ready to vote for a name change. That was a condition for nomination. I said yes, Ismajloska said as Rangelova nodded.

Ismajloska voted in favor of the imposed name “North Macedonia”, while Rangelova, who had openly bad relations with the new party leadership under Hristijan Mickoski, was considered a very likely to join the group of nine former VMRO-DPMNE representatives, but eventually her vote was not necessary to the Zaev regime.

Both the party and a number of its distinguished representatives came out today to dismiss the claims made by Ismajloska and Rangelova, who were promising not to vote for the name change during the 2016 elections, and ahead of the failed 2018 referendum.

The candidates for members of Parliament were in fact asked to adhere to two principles. One, that they will respect the program of the party they were elected on. The other, that they will respect the will of the people on all Macedonian national issues, expressed at a lawful referendum. The voters know who upheld the trust of the peopl,and who sold his honor and her voters for there pieces of silver, said VMRO-DPMNE member of Parliament Antonio Milososki.

The September 2018 referendum failed due to very low turnout, but the Zaev regime went ahead with the name change regardless, using criminal charges filed against six VMRO-DPMNE members of Parliament, or people close to them to get to 80 votes. Three additional votes were secured, and some of these representatives, including Ismajloska, afterwards had family members hired in the public administration, while others received lucrative public procurement contracts, in an apparent reward for their votes. Those who were criminally persecuted were promptly amnestied.

That is filthy lie, said former member of Parliament, doctor Andon Cibisev, about the claim made by Ismajloska. “I was a representative between 2014 and 2016. There was no conditioning, least of all about the name change. Shame on you”, he added.

The claim was quickly picked up by pro-SDSM commentators and journalists. The ruling leftist party is facing the fallout from the very unpopular name change, coupled with the humiliating failure of Zoran Zaev to capitalize on the imposition of the new name with the opening of EU accession talks. An important part of the SDSM propaganda during the Colored Revolution was to insist that VMRO-DPMNE was also prepared to change the name of the country, despite the fact that Prime Minister Nikola Gruevski rejected any such change for over a decade, citing the unfavorable proposals and the likelihood that Macedonia will be left out of the EU accession process regardless of the name change.

A wiretap in which Gruevski and Milososki are discussing a (far more favorable) name change proposal was used by SDSM as evidence of this, but also in an attempt to dull the criticism this party has faced among Macedonians and even its own supporters, about its giving up on the name and most of the Macedonian history. This in sharp contrast with the free use of the name and the honoring of Macedonian history under the mandate of Gruevski and VMRO-DPMNE.

As members of Parliament we will continue to fight against the fake news coming out of the SDSM headquarters whose goal is to spread confusion as we approach the April 12th elections. We call on the citizens not to succumb to these provocations, lies and manipulations, and we demand that, in the future, the ruling politicians stop trying to justify and excuse their own actions by using our former colleagues and fellow party members, who resort to such insulting methods. At the end of the day, we all showed what we stand for, both in and outside of the Parliament, and the Macedonian public closely followed all events, said the VMRO-DPMNE members of Parliament in a joint statement issued as a response to Ismajloska’s comments.