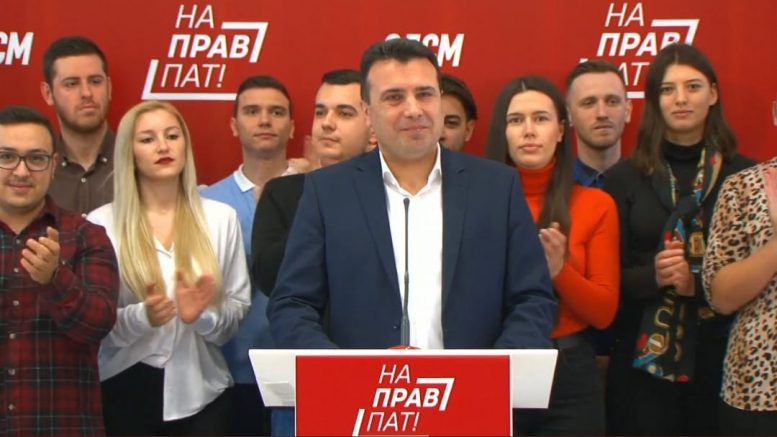 With the date of the early parliamentary elections approaching and when polls showing the opposition in advantage, the ruling SDSM seems set to make a desperate move to reinforce attacks on media outlets that critically monitor the work of the current government, which are not under their control, react the media outlets target of SDSM attacks.

Yesterday’s press conference is the final step in the desperation of SDSM in its efforts to silence the media it does not control. At the same time, this was the clearest attempt by the ruling party to instrumentalize state institutions to establish full control over the media sphere, almost issuing orders which steps to be taken specifically against certain news portals and tv stations. The abuse of judicial institutions and law enforcement authorities by Zoran Zaev’s SDSM, or putting the Prosecutor’s Office or MoI in the protection of the highest official of the government as tools to pressure the “inappropriate” media outlets that report about the crime begun last fall, writes “Netress”, one of the media outlets that are a thorn in SDSM’s eye.

They remind that only a few months ago, then Prime Minister Zaev from the parliamentary rostrum stated that “calling a journalist to the police is a very normal thing” after journalist Ljupco Zlatev was summoned by the Ministry of Interior for questioning after the media outlet “Lider” published telephone conversations exposing illegal activities of the Secretary General of the Government Dragi Raskovski, otherwise a close friend of the SDSM chief.

Shortly after Zaev’s statement, three inspectors from the MoI’s economic crimes department came to Netpress’s premises by, as they said was a public prosecutor’s orders regarding the published text about the case with the contract of the Macedonian Air Navigation ( M-Nav) for the procurement of a new flight-control system, worth around seven million euros.

Prominent journalist Goran Momirovski was also summoned to the police for questioning after he published the first sequel of Raskovski’s M-NAV scandal.

Earlier, Netpress staff and its editors were repeatedly summoned to the MoI or visited by police inspectors in connection with published texts about criminal activities of government officials.

The last time the Netpress editor-in-chief was questioned by the police was on January 22, again due to a SDSM official in the MoI. 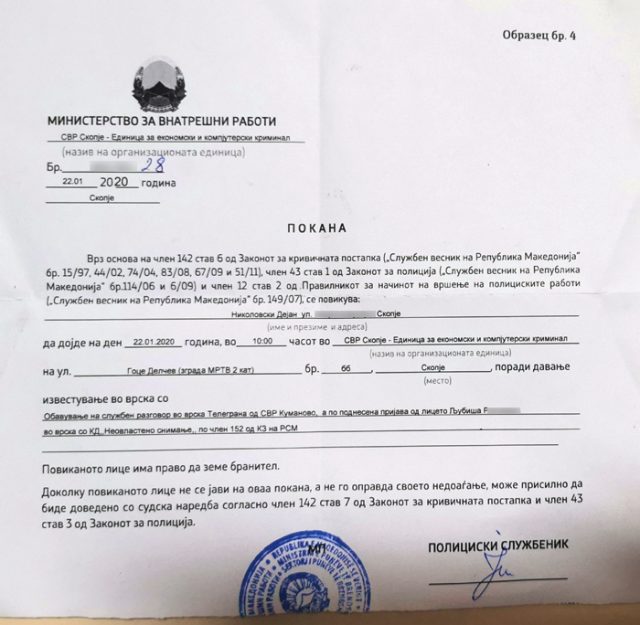 The prosecution pressed charges against journalist and editor of the “Infomax” news portal Aleksandar Mitovski for disclosing an official secret when the news portal published a testimony by the witness Orce Kamcev in the “Racket” case, which as it unfolds, there are more and more indications that Zaev, as prime minister, knew very well how the financing of 1TV was going, which he himself said was “pro-government”.

That is why Macedonia is at the top of the European Union, which SDSM is aspiring to, according to the black statistics on media freedom. In the EU, 23 percent of the media and journalists are under direct court threats and political pressure, and in Macedonia, that indicator is twice as high – 52 percent, the media react.

SDSM must therefore be reminded of the Council of Europe’s Declaration on freedom of political debate in the media, which states:

“Officials must accept that they will be subject to public scrutiny and criticism, especially through the media in the way they performed or perform their functions to the extent necessary to ensure transparency and accountability.”

On the other hand, Antonio Milososki several days ago presented to the Macedonian public how Zoran Zaev and SDSM behave towards the media they control.