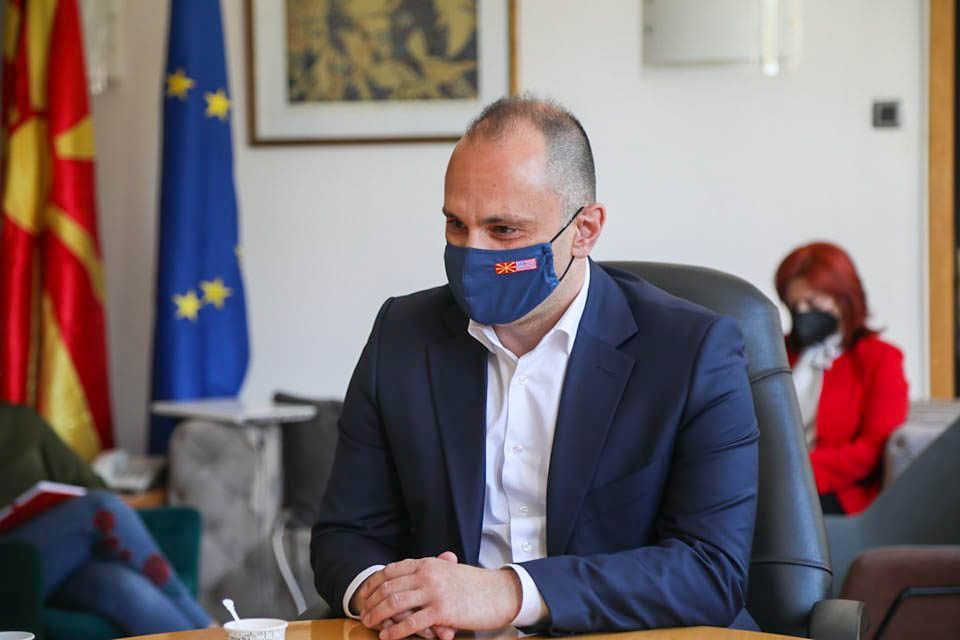 There is a total of 505, mostly negative comments on a Facebook post by the Minister of Health Venko Filipce in which he says that there is a fundamental difference between SDSM and VMRO DPMNE. The post in whic Filipce writes that while they were not sleeping, fighting the crisis, VMRO-DPMNE woke up with the thought of how to profit politically from it, he incited the fury of the people.

People mostly blast him for failing to deal with the crisis, for not procuring vaccines, for waiting for donations from other countries, forcing people to go to neighboring countries to get a jab at their own expense, even though they have been paying healthcare in the country for years. 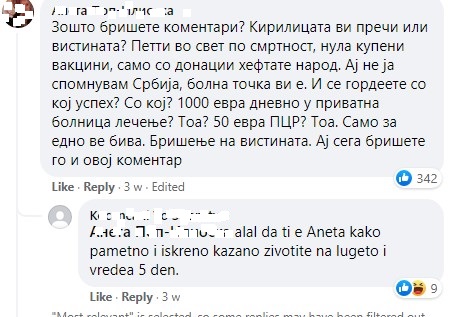 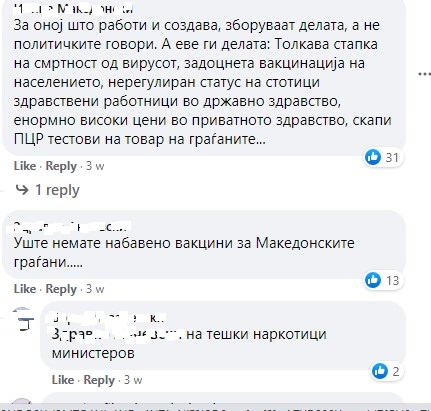 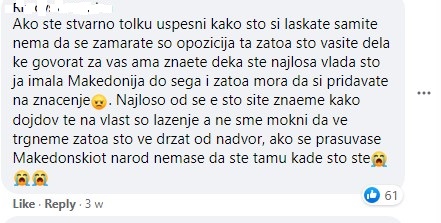 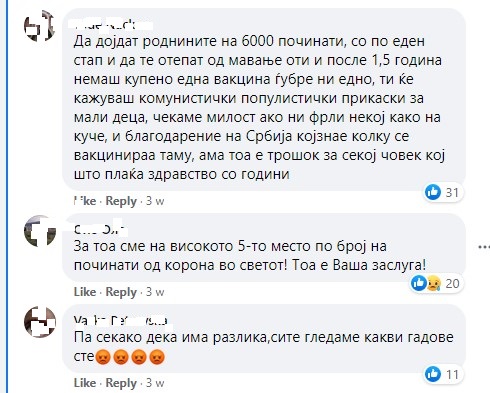 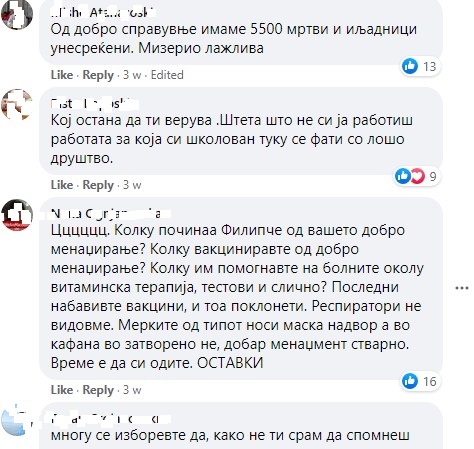