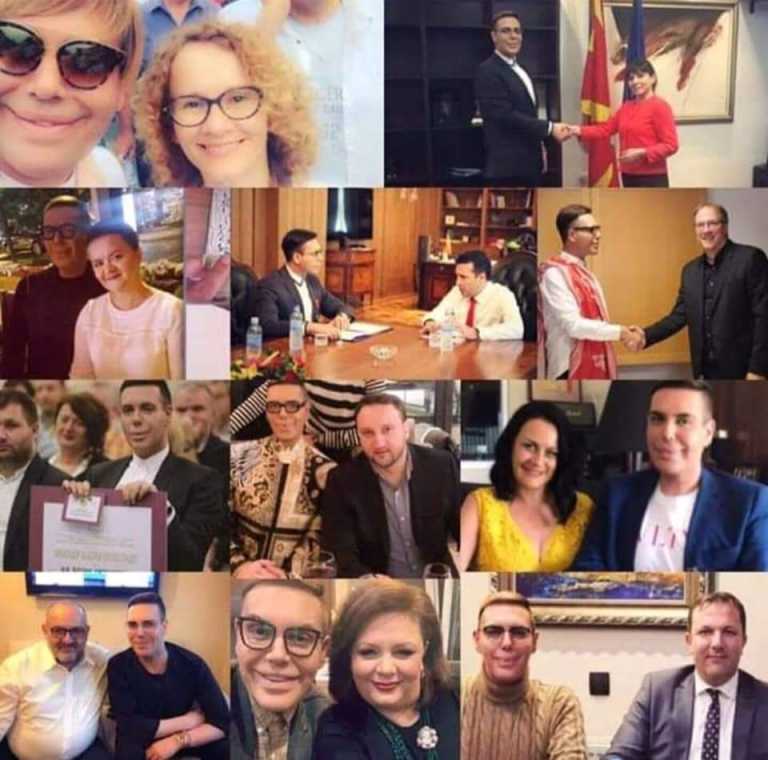 Journalist Branko Geroski, who contributed to the opening of the Boki 13/Katica Janeva scandal, published a call to state prosecutors to investigate a charity organization founded by Boki 13, whose board includes many top SDSM officials, and was likely used for laundering the proceeds of extortion.

So far Geroski wrote mostly using code words, and stopped short of publishing the names of two top SDSM party officials allegedly involved in racketeering, who he named only as “Kiki” and “Friki”. In the latest article Geroski insists that he will not be naming the who “made up characters” to protect himself from libel lawsuits. But then he goes on to list the names of those who sat on the board of the International Association, a charity founded by Bojan Jovanovski – Boki 13, and points out that the board included former SDSM party deputy leader Frosina Remenski, who is also deputy Speaker of Parliament, while SDSM party spokesman Kostadin Kostadinov was present at the event. Geroski posts a picture of the opening meeting of Association and also a collage of pictures of Boki 13 with Zoran Zaev, Zaev’s wife, Defense Minister Radmila Sekerinska, Welfare Minister Mila Carovska, Interior Minister Oliver Spasovski, Remenski, Special Prosecutor Katica Janeva and many other SDSM officials.

Geroski goes on to allege that the International Association charity was used to launder the money Boki 13 and his political supporters extorted from businessmen.

One of the main “platforms” of this association was to build so-called European centers and to offer mobile services for the elderly. This could be seen as a noble idea at first, but the execution, which boki 13 planned with the Siljan Micevski owned Pelister construction company from Bitola leaves serious suspicions that the contracts were signed in order to launder money and nothing more. I leave to to Micevski, as an experienced businessman, to claim (as did the outgoing Special Prosecutor Katica Janeva) that he was abused in this deal. Or that he ws the victim of extortion . I would be prepared to believe him, but that is up to prosecutor Vilma Ruskoska, Geroski said.

Geroski writes that Boki 13 signed a contract obliging to provide lakeside real-estate in Ohrid, of between 25 and 35 thousand square meters, where Micevski would built the “European center for the elderly”. In another project, Micevski and Boki 13 were supposed to build in Micevski’s native Bitola, and the contract provides that Micevski’s Pelister company will undertake all the costs, while Boki 13 would provide state subsidies for the project. At one point, based on the contract, Pelister agreed to pay 1.44 million EUR to Boki 13, as payment for unspecified services. Half of these money, 719.905 EUR, were paid in December 2017, and Geroski implies that these are the money which a woman associated with Boki 13’s “charity” withdrew from a bank soon after.

Telma reports on the racketeering scandal: An elderly woman close to Boki 13 was paid 750.000 EUR by a construction company from Bitola

The other half was supposed to be paid to Boki 13 after the city of Bitola would approve construction, but Geroski writes that Bitola Mayor Natasa Petrovska refused to approve the deal and to give away the valuable piece of land near the old Bitola army barracks, despite being pressured by the group. Geroski writes that now deposed SDSM party Secretary General Aleksandar Kiracovski was involved in putting together Boki 13 and Mayor Petrovska. Kiracovski had previously denied that he is the “Kiki” Geroski was writing about.

Geroski reports that another construction company, Drim Building from Struga, had a similar contract with Boki 13’s International Association, to pay 230.000 EUR for broadly defined services, money which were paid in January 2018. The money were collected by Jasna Mandik, member of Boki 13’s “charity” who is also councillor in the municipality of Karpos in Skopje, which prompts Geroski to speculate that Boki was hoping to involve his friend, Karpos Mayor Stefan Bogoev in the deal, but likely failed, as the contract fell through and Boki is supposed to pay the money back to Drim Building.

Interrogated SDSM mayors refuse to discuss their links to Boki 13

It wasn’t easy to refuse the infamous Boki 13 when he’d come asking for money. The owner of a powerful real-estate development company was asked to give tens of millions of euros of its own money for a similar project by Boki 13. I was given the response, in which the company is clearly buying time, cites other, prior similar obligations, expresses “hope” that the “caution of the company will not be misunderstood”. Imagine, Bojan Jovanovski was so powerful to demand such sums of money. What gave him that power? Look at the pictures he was taking. Everybody who would meet him understood that they are talking with a man who has the support of others, far more powerful than him. People such as Special Prosecutor Katica Janeva, who now claims she was abused by Boki 13. Nobody can understand why she is not investigated, given that she was heard on a recording when a witness was asked to pay money. How long are we going to protect Katica Janeva?, Geroski asks. 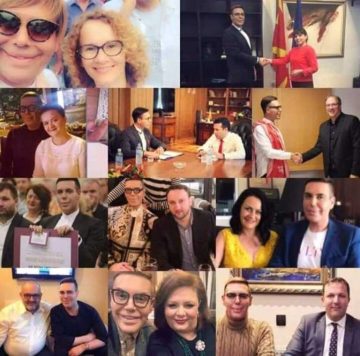 In conclusion, Geroski rebukes Prime Minister Zoran Zaev for dragging his feet in going after “Kiki”, “Friki” and other SDSM party officials who Geroski says were involved in this scandal. He announces further similar revelations next month and warns that a leading person involved in the scandal will turn out to be an in-law of a very powerful and well known female politician.

This is only one of the details which need to be uncovered. And will be uncovered. If the investigation doesn’t show sufficient progress in August, I will continue to give such public statements. I will continue my stories about Koki and who he was working with. Anybody with some smarts will be able to understand that Koki was not powerful enough to secure the protection for all those people he was cooperating with they weren’t linked to the top leadership of the state by themselves as well, Geroski writes, using the code “Koki” for Boki 13.