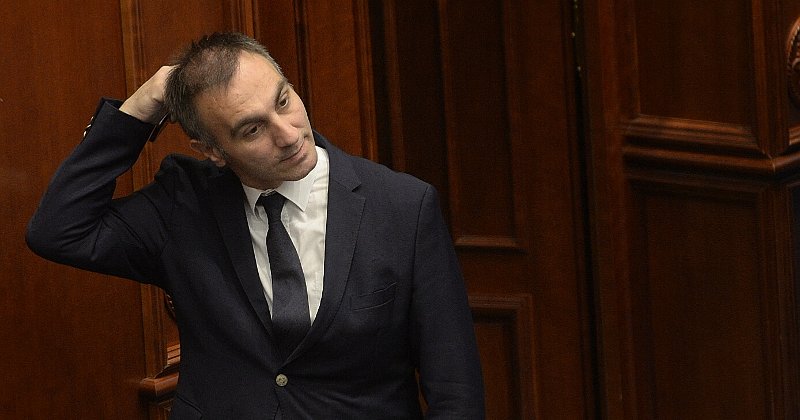 First Deputy Prime Minister Artan Grubi acknowledged that the Government won’t be able to fire any of the 1,350 ethnic Albanians hired in the public administration simply to boost Albanian representation, who are not given actual jobs and collect salaries from the comfort of their homes.

The employees are largely hired through Grubi’s DUI party, which insisted on the scheme as a way to implement the Ohrid peace treaty, put in place after DUI leader Ali Ahmeti sparked a civil war in 2001, in order to bring the number of ethnic Albanians in the public sector to about 25 percent. The SDSM – DUI Government announced that it will finally resolve the issue by offering these “employees” actual job assignments. But Grubi today said that they can refuse the new assignments and nobody will be able to touch them.

Unfortunately there is no legal option to fire them if they refuse the job. The employees themselves refuse to go to some of the institutions that are offered and in other cases the institutions won’t accept them because they’re looking for new hires. I proposed that maybe a special law will be put in place to force both the public institutions and the employees to accept the re-assignment, Grubi said.

He insisted that it is not the fault of the employees that they have no actual jobs and dismissed an earlier claim from SDSM official Damjan Mancevski that the issue will be resolved in three months during which all who refuse their new assignments will be fired. “It’s not good to give deadlines for this task”, Grubi said. The scheme has led to the adoption of a derogatory name “ramkovni” – “frameworked” for these employees, after the 2001 Ohrid framework agreement – a term used to describe a do-nothing public sector employee hired for his ethnic minority status. Some of them have held their pretend jobs for over a decade.