In his closing arguments, Mile Janakieski referred to the communication he had with the former Minister of Culture Elizabeta Kanceska Mileska during the “For United Macedonia” protests.

He does not deny that he talked to her, that he exchanged opinions with interlocutors about the protests but he claims that he did not organize protests and, most importantly, did not contribute to the unfortunate events of April 27.

The communication with her took place at a time when there was neither a parliamentary majority nor a continuation of the constitutive session and it is irrelevant because it is not in the context of this criminal event, especially communication with pop artists, actors, directors, ie people who are not relevant at all for this criminal event. The communication with Kamcevska cannot be the subject of a crime and this was confirmed by the prosecutor in statements to the media where she states that “There were no charges against her because we had no evidence. Apart from hiring artists and celebrities, she did not do anything else specifically,” Janakieski explained. 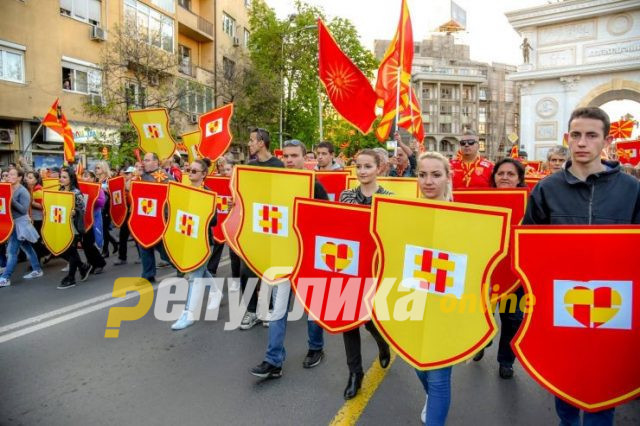 If there is no evidence for her, how can you, based on the same communication, be asked to determine that I am the alleged organizer of the protests and to present them as evidence of the storming of Parliament. How can there be no basis for criminal prosecution for her but there is for me because I only contacted with the same person? It is not possible, dear judges. Either the messages are evidence or not, Janakieski said.