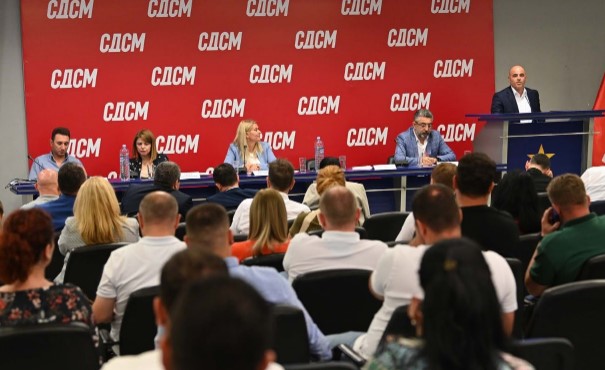 A high-profile official of SDSM recently sent a message to current and former top party officials that he does not plan to take responsibility for the crime and corruption that happened and is still happening in government-controlled institutions, “Express” reveals.

As the news portal writes, the official, who these days is under strong pressure from the prosecutor’s office, is sending his message primarily to the two wings of SDSM, which are controlled by Strumica and Kumanovo, but also to members of the Skopje wing, which knew or were part of a large number of disputed events.

The official, according to party sources of “Express”, felt betrayed because some of his “activities” were coordinated with current and former top officials, and now they distanced themselves from him. He claimed that the use of the institution, which he carried out with the knowledge of the “higher” instances, did not constitute a crime and rather provided funds for other legal purposes which, due to the “specificity”, could not be financed from the regular budget.

He considered the intervention of higher circles in the public prosecutor’s office, which tried to save him by reviewing his case, as a positive reaction of his party, but not enough because he expected an immediate replacement of the prosecutor who prosecuted him. Well-informed party sources claim that he is determined to go all the way and that if the persecution against him is not stopped, he will reveal things that many at the top of the SDSM should imagine, writes “Express”.