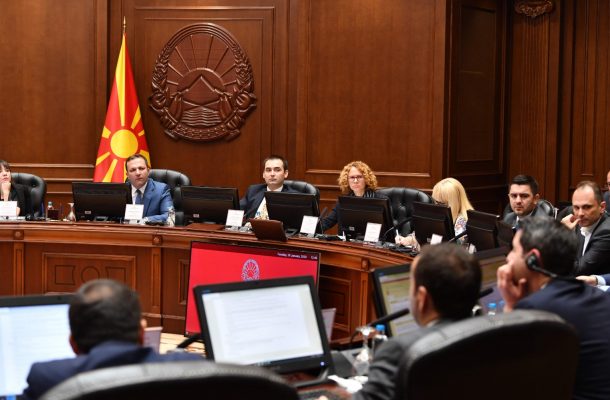 The government spends money on trips and missions in times of crisis, VMRO-DPMNE leader Hristijan Mickoski accused Tuesday on MRTV. He pointed out that while the government is asking for cut in state and public sector salaries, in just 4 days it has spent as much as 8 million denars on travel, representation and lunches amid the coronavirus crisis.

On the one hand they spend 8 million denars in 4 days, between March 17-20 March for representations and trips abroad, and on the other hand they tell us we will cover travel agency arrangements and cut administration salaries, what does that look like? Do they think that in these two weeks of not getting off press conferences people will forget about these three years. Let them not be deceived, says Mickoski.

During the peak of the coronavirus epidemic, as Macedonia faces shortages of critical equipment and a major economic downturn, the Defense Ministry led by Radmila Sekerinska spent over 20.000 EUR on travel in three days alone, said Janusev.

Janusev: While we fight the epidemic, Sekerinska spends money on travel and lunches

The Minister of Defense Radmila Sekerinska denied the accusations.

I most directly deny the lie, which every citizen can see that it is clearly a lie. It’s a lie that anyone, and especially me, this past week, was on business trips, spending state money on travel and representation. It’s the same week that Skopje’s airport was mainly closed. It is the same week when everyone could see that I, like all other colleagues, is present every day at the headquarters and government’s sessions, Sekerinska said.

She added that it was precisely this period, or last Thursday that the Ministry of Defense decided to suspend all representations for the entire ministry, including her.