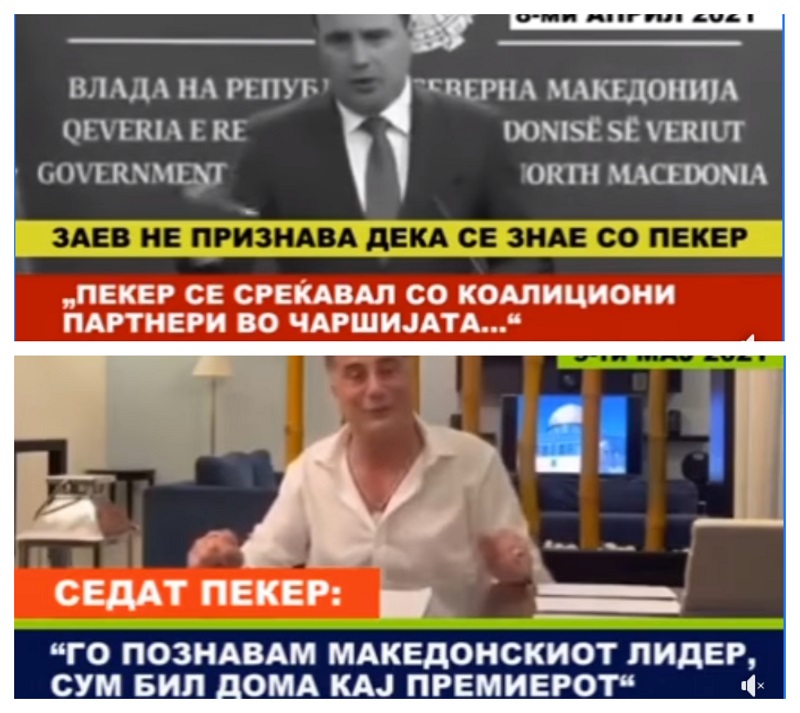 After the statement of the Turkish drug lord that he personally knows Prime Minister Zoran Zaev and that he visited his home, Antonio Milososki says that it is clear who gave the order to the officials in the Ministry of Interior to issue him a Macedonian passport under the assumed identity of Xhadin Amedovski.

After the statement of Sedat Peker, after whom there is an international arrest warrant for drug trafficking, that he had a personal meeting with Zoran Zaev, it becomes clear who gave the order for this drug lord to be issued a Macedonian passport with the stolen identity of Xhadin Amedovski. While police in Turkey and the EU were searching for Sedat Peker to arrest him for drug trafficking, Zaev met him at home, allowing him to hide from international justice. This is just one example that shows how the Macedonian passport, with the knowledge of government officials, has become a passport for the protection of 215 international mobsters wanted by Italy, Serbia, Turkey, Romania, Montenegro and the whole of Interpol. The “Mafia” case is another proof that the control system of the Macedonian passports has been breached “, writes Milososki.