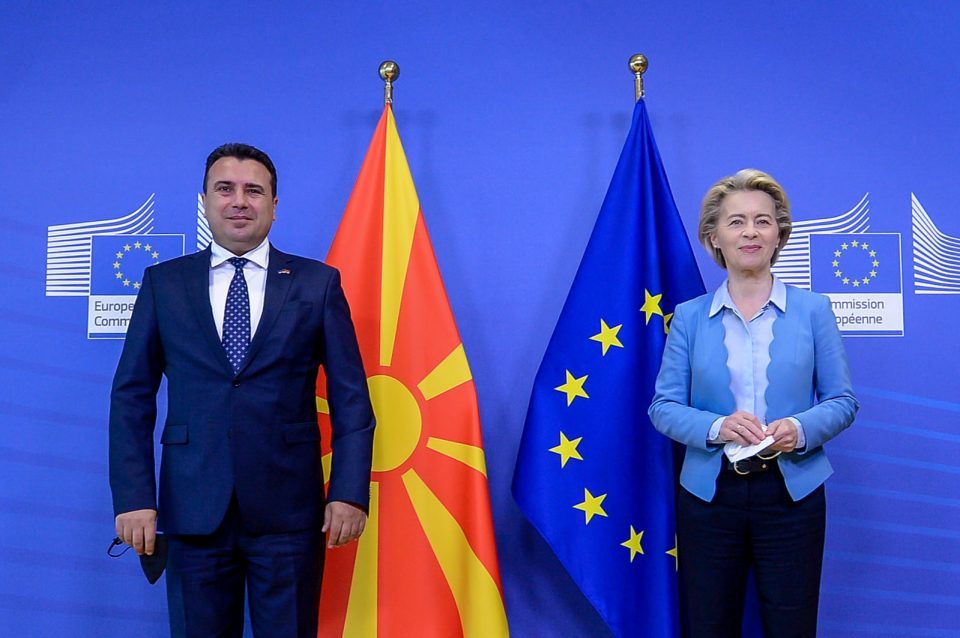 Zoran Zaev came out strongly against decoupling Macedonia and Albania in the EU accession process – a move that could see Albania open its EU accession talks while Macedonia remains blocked by Bulgaria. Zaev flew to Brussels today, days after Enlargement Commissioner Oliver Varhelyi, during a visit to Skopje, noted that this is a possibility. This would mean a major foreign policy defeat for the Zaev regime, which has staked all on the theory that making concessions to Greece and promising them to Bulgaria would be lead to quick EU accession.

In an interview with Euronews, Zaev openly came out against the idea of allowing Albania to move forward, even as he dismissed the possibility of making concessions with the Macedonian national identity in the talks with Bulgaria.

It’s not possible to have decoupling, or development or event for practical reasons without a word of (North) Macedonia after everything that’s happened, Zaev told Euronews, insisting that Macedonia deserves to open the accession talks. “Our identity, Macedonian language, Macedonian identity, are holy for us, like for every country. Our Macedonian language and Macedonian identity are not negotiable. We have our pride and we have our identity. Our pride can go up and down. We showed that through the Prespa agreement and with our diplomacy and flexibility. Our identity is one and unique and there is no possibility my government or any other government to negotiate for that. And therefore, it’s not possible either a state or even a union we are not still members to play with that”, he added.

Zaev said that delaying the accession talks for Macedonia would be a “huge risk, for Bulgaria, for Macedonia and the whole Balkans”, warning about a new push to redraw borders in the Balkans to create greater states for the Serbs, Albanians and Croats. “We are completely, all of us, dedicated to our European Union future. But there is still extreme and radical forces all around inside the Balkans, out of Balkans, who are very much focused and they wait chance for that kind of unpleasant activities. The Prespa agreement can be at risk only if there is bitter feelings to the citizens of (North) Macedonia and the whole region, if more reasons for nationalism and extremism appear, which is present everywhere, especially in the Balkans, and can damage the agreement, but we believe that we have enough strength to protect it”.