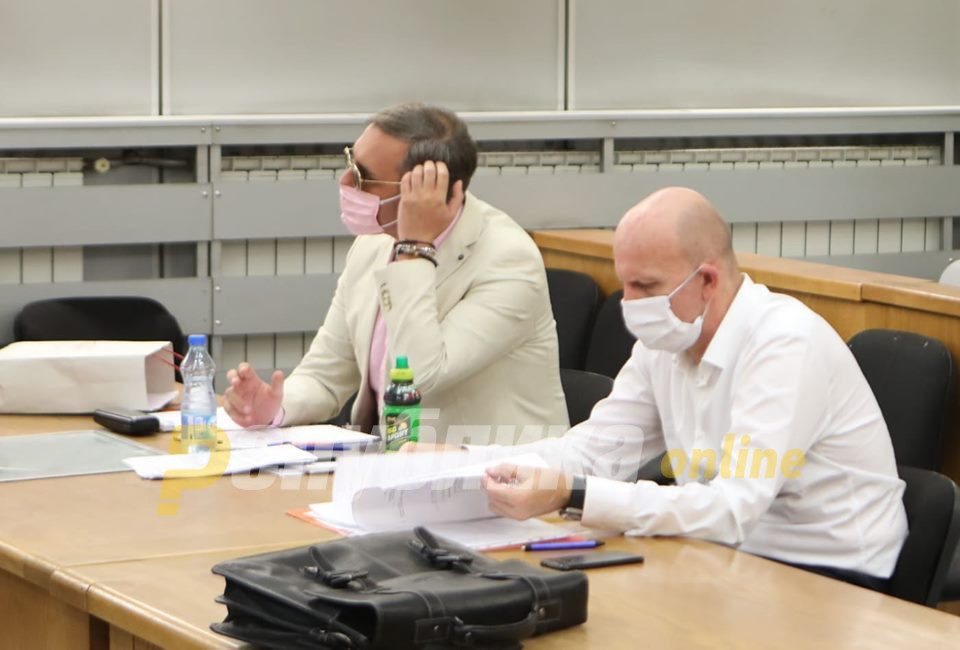 The defendants in the major Racket trial, disgraced former Special Prosecutor Katica Janeva and her former friend and associate Bojan Jovanovski – Boki 13, were before the the Appeals Court today to demand that it quashes their first instance sentences of seven and nine years in prison, respectively.

Jovanovski’s attorney Saso Dukoski insisted that the sentences is based on hear-say, and on the statements from businessman Jordan Orce Kamcev – who did provide video and audio evidence that Janeva and Boki 13 extorted 1.5 million EUR from him threatening him with criminal charges. Kamcev was recently eventually detained himself, after his move to disclose Janeva’s abuse caused a major scandal for the Zaev regime.