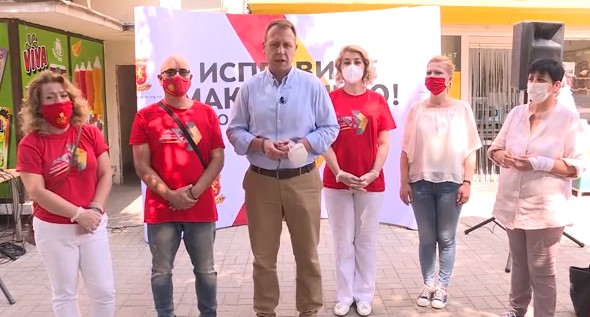 VMRO-DPMNE Secretary General Igor Janusev, who leads the party list in the 3rd, eastern district, promised that under the next Government farmers will be certain that they will receive better prices and more regular payments for their products. Janusev was in Sveti Nikole, along with local official Blagica Lasovska and Ivanka Vasilevska.

Sveti Nikola is a rural area and we see that the farmers here are hit by the lag in payment of their subsidies. Many say that they still haven’t received the money for 2019. They are also hit with the failure of the fuel subsidy program – one of them told me that he got a total of 961 denars for fuel. That is enough for half a day, he said. We promise that we will put an end to this criminal gang led by Zoran Zaev and Ljupco Nikolovski and we will guarantee your prices and subsidies, Janusev said.