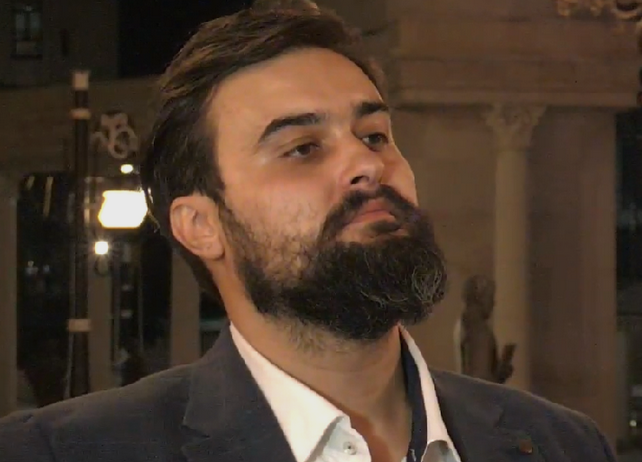 Infomax editor Aleksandar Mitovski, who faces criminal charges after revealing a key piece of evidence of Government involvement in the racketeering scandal, told Republika that he now faces an all out attempt to have him silenced.

Democracy has long ago been killed in Macedonia. We see this in 2015, when the publication of the wiretaps begun, which we now realize have been manipulated,continuing with the process to rename the country, to impose bilingualism, the name referendum and in the way in which the presidential elections were conducted – under the principle that it’s not important who votes, but who counts the votes. Macedonia is now rock bottom in its treatment of civic liberties. I expected this move from the OJO state prosecutors, who act as if we are in the age of Beria. The sooner this dictatorship is over, the better. I’m not afraid and neither I nor Infomax will back down from this fight, not at any price. I call on my colleagues to lift their voices, because this can happen to them one day, Mitovski told Republika.

He is charged with publishing one page of a testimony a witness gave to the OJO organized crime unit. The testimony alarmed the Government as it reveals that top officials were at the very least informed about the large scale racketeering and abuse of office scandal that is centered around the former Special Prosecutor Katica Janeva.