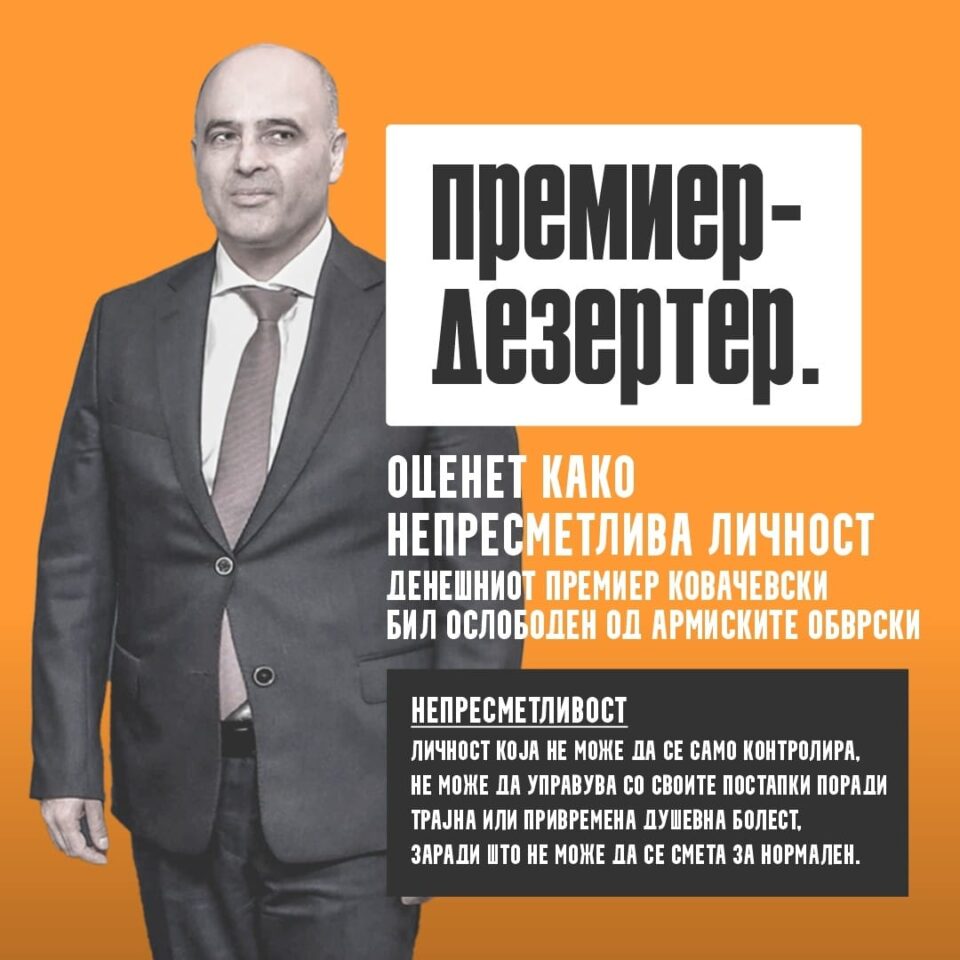 VMRO-DPMNE does not choose any means or way to divert the attention of the public from the big corruption scandals and turmoil in their party. It only confirms that what we have been seeing in the public for the past week is true and VMRO-DPMNE is in a huge crisis, commented SDSM, as a reaction to the opposition’s accusations of the desertion of the current Macedonian Prime Minister, Dimitar Kovacevski.

In the statement issued by SDSM, there is a statement by Kovacevski in which he accuses that his health challenge was abused.

However, I, as the president of SDSM, will never allow the political debate to fall as low as VMRO-DPMNE wishes and I will respond to lies and insults in a good manner. I have never avoided or run away from the responsibility of military service. Only dishonest and fearful people abuse someone’s health challenge and subsequent surgery from 20 years ago to cover up their shame and crime. But I’m not surprised. I am not surprised about all the other lies, slander, fake news, and manipulations from VMRO-DPMNE. They do not change, and the scandals in the City of Skopje only confirm that not only is the party not reformed, but it is additionally criminalized. The citizens see it and will judge for themselves, said the president of SDSM, Dimitar Kovacevski.