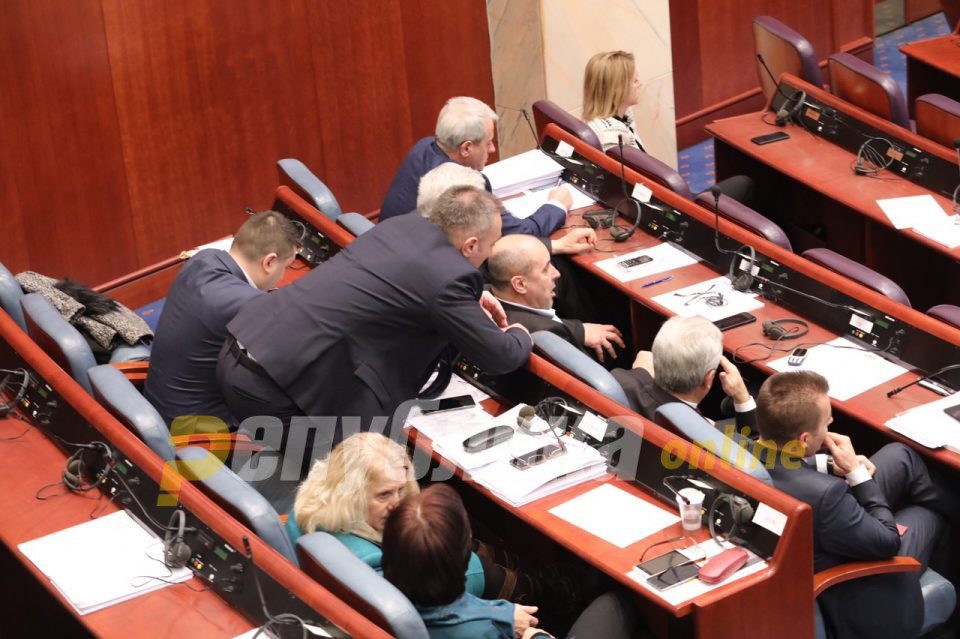 This is a significant increase of almost 10 seats from the previous Parliament. The one before, elected in 2014, had 27 Albanians. The reason for this change in the numbers is the unexpected shift in Albanian voting patterns in 2016, as well as the way the electoral districts are drawn out that gives oversized representation to Albanians.

In 2016, the SDSM party was at the peak of its Colored Revolution and had campaigned heavily to win the Albanian votes, accusing the ruling VMRO-DPMNE party of all sorts of abuses and violations against the Albanians. Many of these claims were later found to be baseless, after the entirety of the audio leaks SDSM put forward were examined, or were denied by SDSM leader Zaev himself, but at the time they had a strong effect on Albanian voters.

It is estimated that Zaev won about 70.000 Albanian votes, but at the same time the SDSM party list had only a token few Albanians. This shift in votes cost DUI and other ethnic Albanian parties dearly, but it benefited SDSM – only three SDSM ethnic Albanian members of Parliament were elected with the large contingent of Albanian votes the party won. Never the less, SDSM delivered on some key national identity concessions, such as making Macedonia a fully bilingual country, and on the imposed name change which is broadly supported by Albanians but rejected by Macedonians.

In the 2020 elections, DUI campaigned strongly to win its voters back, as did the Alliance of Albanians, which prompted SDSM to form a unique pre-election coalition with an Albanian party – BESA. This means that there are far more ethnic Albanians on the joint SDSM – BESA list now than in 2016, including BESA leader Bilal Kasami, who is the first Albanian to lead a regional list of candidates of a major party. BESA is projected to win four seats and also several Albanians will enter Parliament from the SDSM’s own Albanian win led by Muhamed Zekiri.

A different voting pattern was reported this year, with BESA voters, assured that their candidates will be elected owing to SDSM’s own ethnic Macedonian supporters, reportedly defecting to prop up other ethnic Albanian parties, mainly the Alliance of Albanians which was close to BESA in the past. If confirmed, this would also mean that the number of Albanian voters went up because of the defection of BESA and even SDSM supporting Albanian voters.

And finally, there is the issue of the electoral district. The 6th district, which is the only majority Albanian district in Macedonia, elects the bulk of the Albaninan members of Parliament. It usually votes with a far lower turnout than the other five districts, owing to the high emigration rate and the large number of dual citizens with Kosovo and Albania. In other elections, some of these voters were able to travel to Macedonia and vote, but the coronavirus restrictions prevented that, leaving the 6th district at a mere 39.9 percent turnout – or 123,819 votes cast.
Overall turnout was over 51 percent and the second worst district, the 2nd district which also has a sizable Albanian community, was at 48.6 percent with 155,655 votes cast. The best turnout district, the south-eastern 4th, had a turnout of 60 percent with 170,000 votes cast.

But each district is worth 20 seats, so this means that a member of Parliament in the largely Macedonian south-east represents 8,500 voters, while a representative from the majority Albanian north-west is elected with as little as 6.200 votes. To make matters even more disjointed, the 6th district was redrawn just before the elections, making it narrower, not larger. This was done because it officially has more citizens than the other five districts, but often times repeated low turnout confirms that it has a much greater emigration rate. But, as Macedonia has not held a census since 2002, the citizens remain listed as voters there, and the redrawing meant that majority Albanian towns were moved to the 5th, south-western district, increasing the number of Albanian members elected there, while the 6th district kept its 20 seat representation with even fewer actual voters that usual.