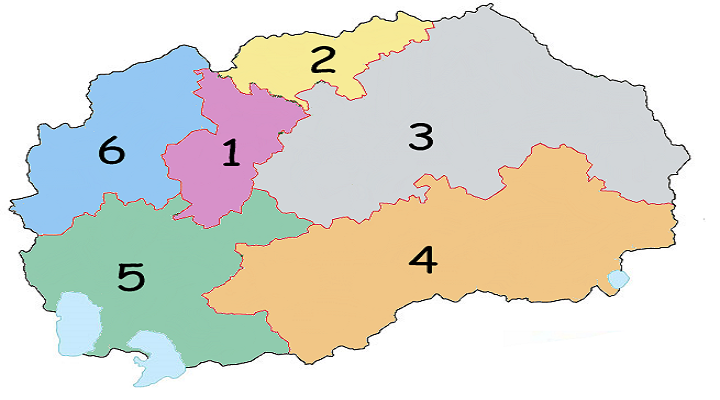 Artan Grubi from the DUI party said that they will support Zoran Zaev’s law on state prosecutors, but in exchange, they want to see the borders between the electoral districts redrawn.

The DUI request, Grubi said, would see the city of Debar and the municipality of Mavrovo-Rostuse removed from the 6th electoral district and lumped in the 5th district. The proposal is highly controversial, as it would give Albanian parties a chance to win one or two more seats in the 5th district, given that Debar votes overwhelmingly for Albanian candidates.

The 6th north-western electoral district is the only of the six districts that has an Albanian majority, and is the main power base for the Albanian parties. On paper, it has more citizens than the other five districts, and legally, it should be redrawn and narrowed down. But in reality, due to the high emigration levels and a large percentage of dual citizens, especially among ethnic Albanians, the district has a far lower turnout than the majority Macedonian districts. Macedonia hasn’t held a census since 2002, largely due to the resistance of Albanian politicians, who would demand that emigrants are counted as residents, using Viber.

While other electoral districts have turnout levels well over 60 percent, and even approaching 70 percent, the 6th district barely breaks 50 percent in turnout. As every district is worth 20 seats each, the representatives of the 6th district represent far less voters than other representatives. Currently, a member of Parliament is elected by 9.000 to 9.500 votes in other districts, but needs to get only 7.500 votes in the 6th district. If the redrawing is put in effect, it would only further increase the over-representation of the remaining voters in this district, to the detriment of the voters in the 5th, south-western district.

Macedonian parties are unlikely to support this proposal, and until recently Zaev himself was proposing that all six districts are abolished and replaced with a single district, which would shave 4-5 seats from the Albanian parties by accounting for their lower turnout levels. But right now, Zaev is desperately trying to pass a new law on state prosecutors through Parliament, and the DUI votes are essential for this.