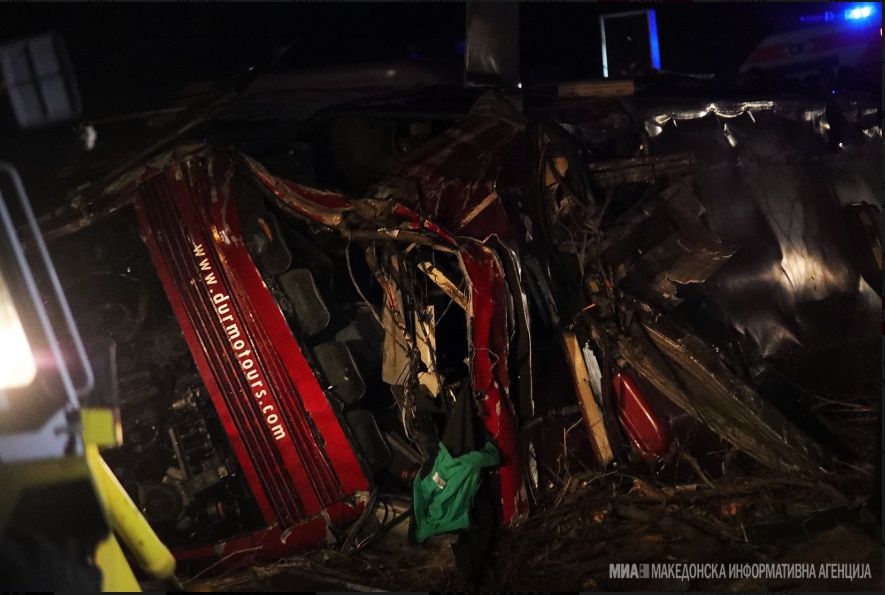 Macedonia has a serious problem with public transport. Old rusty vehicles, defective brakes, unsafe transport … The ‘Durmo Tours’ bus accident that occurred on February 13 near Laskarci disturbed the public. The Ministry of Interior carried out Wednesday technical inspection on vehicles that perform public transport of passengers (buses, minibusses and taxi vans). During the controls, various irregularities were detected in the vehicles. Only in Tetovo 25 vehicles were carrying passengers with defective brakes.

Tetovo police inspected 128 vehicles. Of these, five had a defective control device and one lacked equipment. Due to the identified deficiencies, 30 vehicles were excluded from traffic, 37 drivers were fined and there were eight requests for initiation of a misdemeanor procedure.

Inspection was also carried out Wednesday in Stip, where 57 vehicles were inspected. In nine of them, defective brakes were detected, in one defective control device, while two vehicles hadn’t had an extraordinary technical inspection.

In Ohrid, Struga, Kicevo and Debar, a total of 111 motor vehicles that perform public transport of passengers were inspected. A total of eight defective vehicles were detected – six in Ohrid and two in Kicevo. One of these vehicles had a defective brake system. During the inspections, eight vehicles have been excluded from traffic.

Two years since the Laskarci bus crash: 16 victims, none convicted