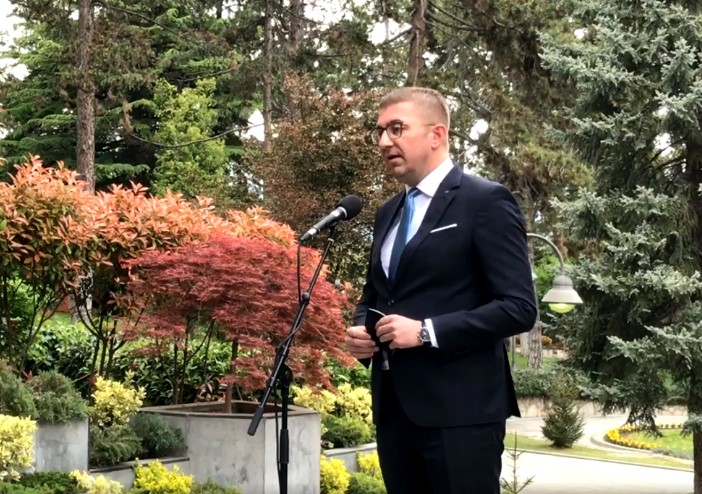 The people convicted for the fake passports received only two-year prison sentences and were not convicted for the other crimes they committed because that’s what they agreed with the real perpetrators and those who ordered the passports to be issued to criminals who are part of the mafia, said VMRO-DPMNE leader Hristijan Mickoski, answering a reporter’s question after Friday’s meeting with Pendarovski.

Mickoski says that the convicts received the sentence only for abuse of official position, but not for other criminal acts such as forgery of travel documents or criminal association.

He pointed out that it is time for politicians in Macedonia to stay away from accusations and court decisions and to free the prosecution and the judiciary from any political pressure.