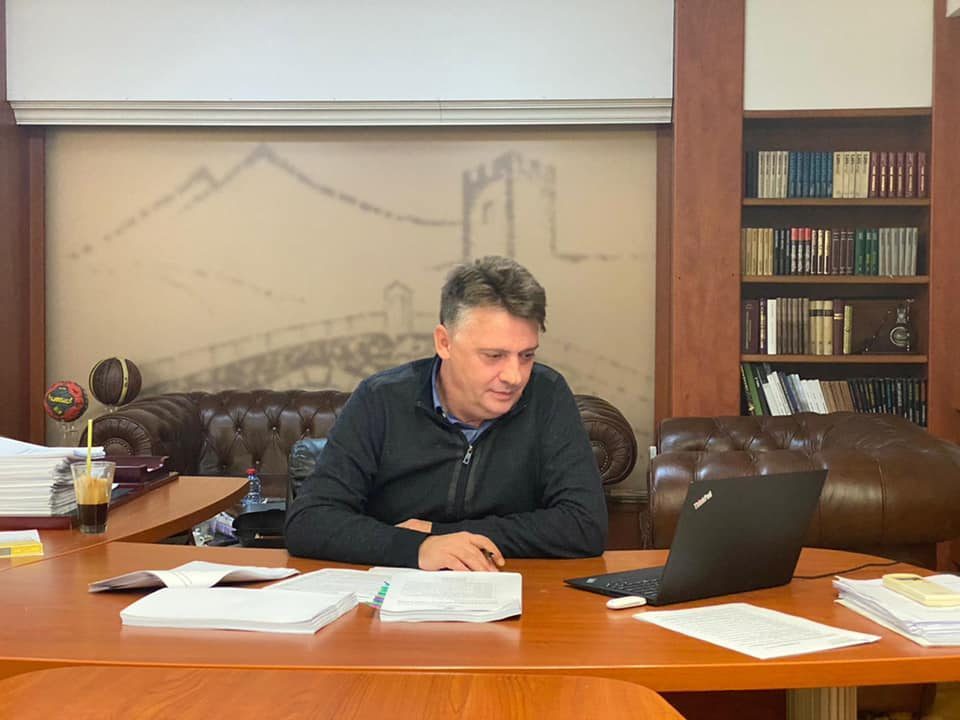 Skopje Mayor Petre Silegov announced that he intends to run for a second term at the elections scheduled for late 2021. Silegov insisted that he has done well in running the city, despite no major programs being implemented and the major failure to maintain basic sanitation during the early stages of the coronavirus lockdown.

VMRO: With this weekend’s garbage crisis, SDSM showed it is not capable of running the capital Skopje

At the end of his term, Silegov sprang into action and had much of the city streets under reconstruction during the summer, causing major traffic jams, but also providing the footage he would need when he runs for re-election.

The changes in our city are visible in all areas. For 40 years we only talked about a tram service and now we are nearing implementation of the rapid bus transit system – in April we can issue the bonds and by the end of 2023 it can be in use. This gives me the right to seek that SDSM supports my candidacy for a second term as Mayor of Skopje, Silegov said.

His main infrastructure proposals – a tunnel under the Kale hill and a new bridge in Aerodrom – have so failed: the tunnel has not been mentioned by Silegov for a while, and work on the bridge is in the initial stage.

Meanwhile, SDSM is planning to remove some of its mayors in Skopje. One of them, a staunch critic of Zaev’s new Bulgaria policy is the Mayor of Centar Sasa Bogdanovic. As an ethnic Serb, Bogdanovic criticized Zaev for agreeing to the Bulgarian demands, a position that resonates in Centar. It is possible that SDSM may try to remove Bogdanovic, and send him to Belgrade as Macedonia’s ambassador, and run the head of the UJP tax office Sanja Lukarevska in his place.

Another Mayor who may become Ambassador is Filip Temelkovski, the son of businessman Zore Temelkovski, who runs Kisela Voda. He has no issues with Bulgaria, in fact his father heads the chamber of commerce between the two countries, and Filip could be sent as Ambassador to Sofia, also to be replaced by a female candidate – Meri Proja Prodanovska. And a third male Mayor who is facing a female rival in SDSM is Zlatko Marin, the Mayor of Aerodrom, whose position is in the crosshairs of Ljubica Janceva, currently Chairwoman of the Council of the City of Skopje.

SDSM swept the capital in the 2017 elections, at a time of maximum persecution of the opposition. They have since lost in most of the Skopje municipalities, in both the 2019 presidential elections and the 2020 general “corona elections”.