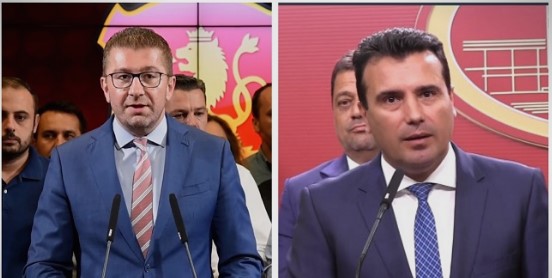 The institutions gave the answers for Kiceec and Raskovski. I have nothing to add or subtract. These are decisions of the judiciary, absolutely out of my matrix of thinking is to interfere in what is decided by the judiciary. Only, I will say once again, no one is above the law, nor is or should be privileged. The laws apply equally to all, said Prime Minister and leader of SDSM, Zoran Zaev in a TV duel with the leader of VMRO-DPMNE, Hristijan Mickoski.

Zaev said that he believes in the judiciary, although that, of course, it should be improved.

Mickoski, on the other hand, announced that on Tuesday VMRO-DPMNE will file criminal charges in the Vodovod case, as well as that in the coming days they will reveal new corruption scandals.

Will you encourage the Prosecution to initiate a proceedings over the Vodovod case, Mickoski asked, and Zaev replied that when he talks about such cases, he should present evidence. He reiterated that no one is above the law.