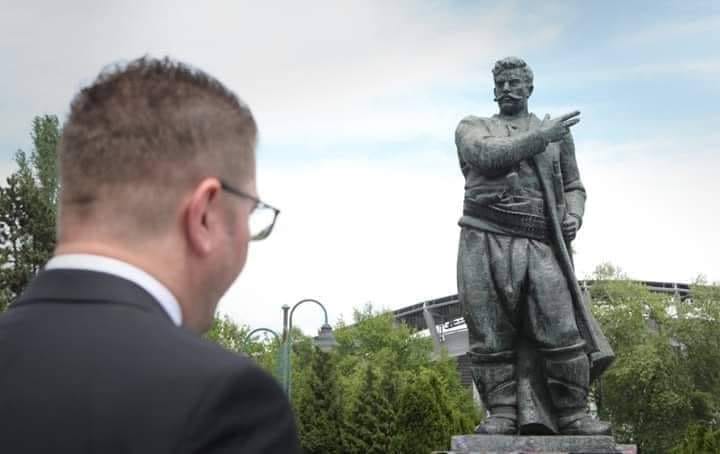 It is a protest of the people, the goal is for the EU, for Macedonia, for Delcev. Goce is the red line for our dignity. See you at the protest!, said the VMRO-DPMNE leader.

Goce Delcev understood the world as a field for cultural competition between nations.

The European Union, from which we are getting further and further away because of the ruling mafia, is based on the ideas of solidarity, unity and building bridges. The government is negotiating for Delcev, and the eyes of the public are far from what is essential for our country. Our historians deserve support, because Goce is the pillar of Macedonianism. The government should keep in mind how important the substrate they are discussing is, Mickoski said.