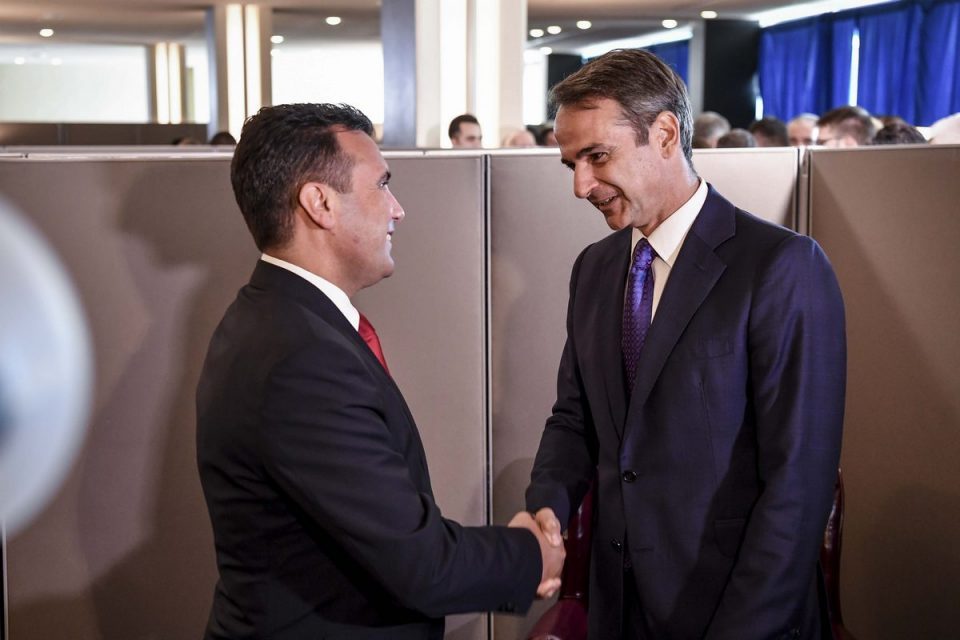 Answering a journalist question on the Prespa Agreement at a news conference in Thessaloniki, Mitsotakis said it was a closed issue after having been ratified internationally.

Greece adheres to such agreements, he stressed.

The issue is closed from the moment Greece ratified the agreement backed by the international community. Although demonstrating our reservations, we have said repeatedly that Greece is the land of rule of law and it respects internationally ratified agreements, he said.

Since we are reserved, Mitsotakis said, it’s obvious we are going to talk to Mr. Zaev or whoever is the prime minister of Macedonia.

In three days, Mr. Zaev will be in Athens for The Economist conference, where the prime minister of Albania will be also in attendance. I will meet with both of them. We have issues to discuss, we are neighbors, he stated.

This coming Wednesday, PM Zoran Zaev will take part in the 24th Roundtable with the Government of Greece, an annual event organized by ‘The Economist’, held September 15-16 at Lagonissi.

According to event agenda, he will participate in a panel discussion on the Western Balkans, alongside former President of Montenegro Filip Vujanović, former Serbian President Boris Tadic, former PM of Bosnia and Herzegovina Zlatko Lagumdzija and former Greek FM Dora Bakoyannis.

The panel will focus on EU enlargement, reforms to be implemented and enhancement of trade and investment.

In 2019, now ex-FM Nikola Dimitrov represented Macedonia at the 23rd edition of the conference.