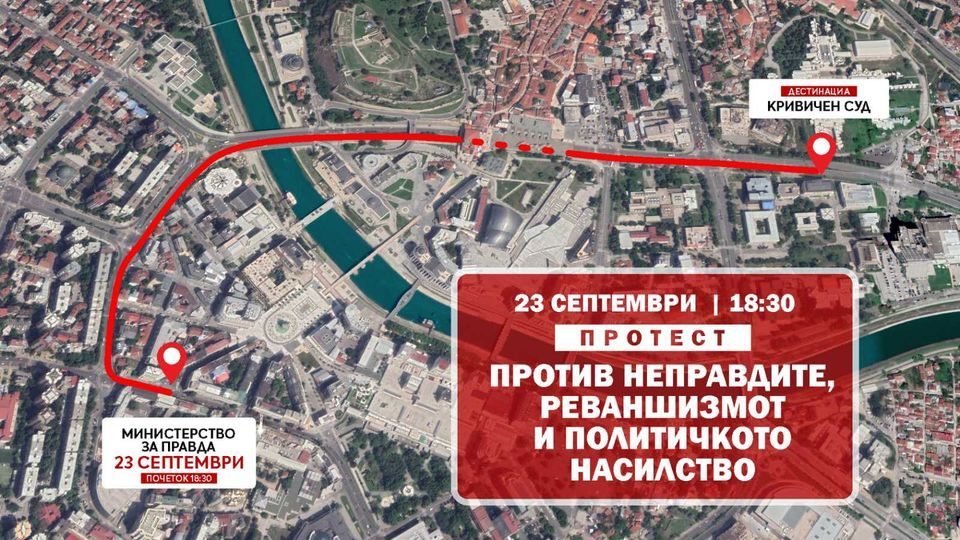 Macedonia is led by a non-national government that trades with our dignity, a country in which innocents are imprisoned only because they love Macedonia, because Macedonia is a thorn in the side of those in power. In Macedonia, under the leadership of this government, people with different opinion than theirs are brutally beaten, court rulings are dictated by Zaev, the prosecution deals only with the opposition, which criticizes, and turns a blind eye to the obvious crimes of the government, persecutes media outlets and imprisons journalists, VMRO-DPMNE leader Hristijan Mickoski wrote Tuesday on Facebook.

Macedonia is also a country where only a suspended sentence is received for murder in a car accident and the mother of a small child is imprisoned because she legally purchased a car for the needs of the state, a car from which Zoran Zaev did not get off, and is sentenced to prison only because she is a former official of VMRO – DPMNE, writes Mickoski.

The leader of VMRO-DPMNE emphasizes that in Macedonia the mafia becomes a state and protects its crime.

Therefore – we take to the streets to tell them that it is enough!, Mickoski points out.