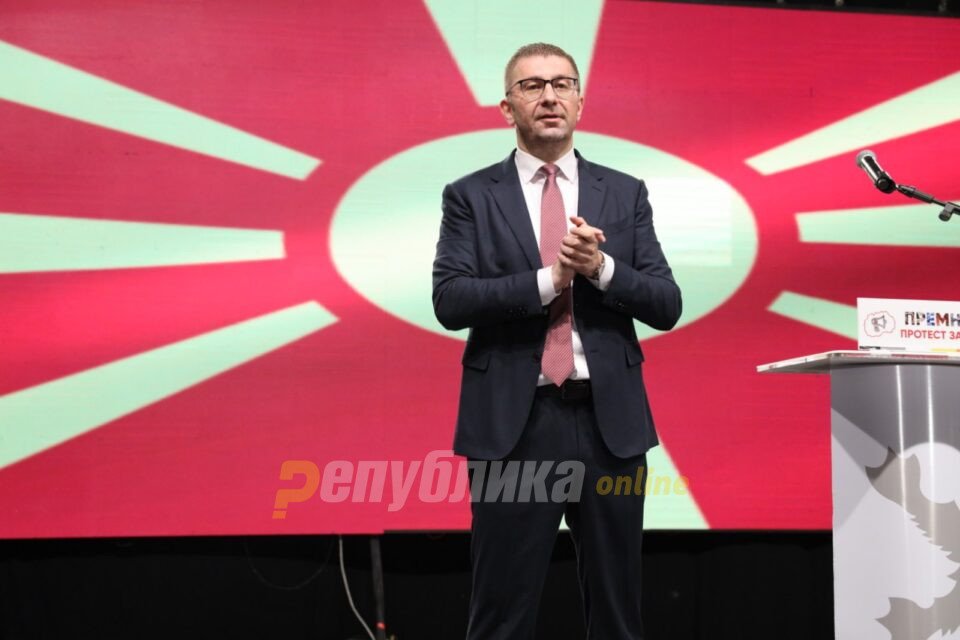 Sofia says that they are not satisfied with unilateral statements, but they want it to enter the conclusions of the European Council. I heard from Pendarovski yesterday, it seems that he also intends to brag like Kovacevski. The point was to see what he was doing in this situation. What Pendarovski said is that Sofia is being asked by the Bulgarians to enter the normative part of the Constitution when the Macedonian Constitution is changed, Mickoski said late on Wednesday.

He stressed that this proposal should not be on the table.

This is where the mistake was made. Now we suddenly see him on the table, and the one who agreed says he did not see it. Tomorrow is a serious historic EU summit, not just any. Ukraine and Moldova should receive candidate status there. They also need a step in the Balkans, to start negotiations with Macedonia and Albania, added Mickoski.

The opposition leader doubts that the Macedonian Prime Minister will say “no” to the French proposal.