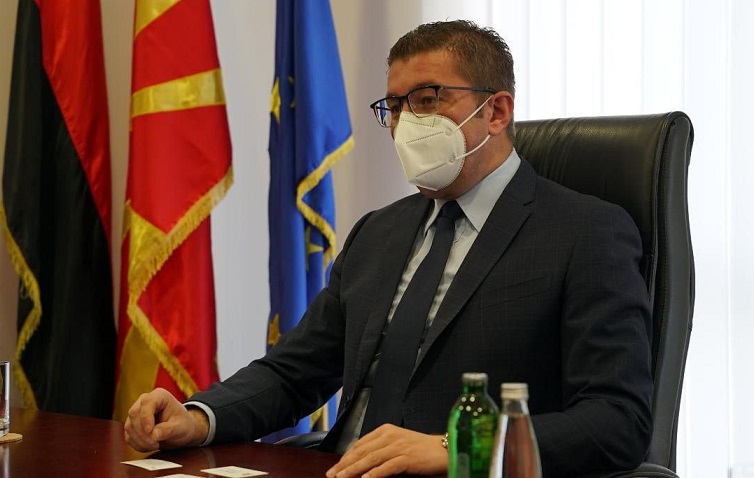 VMRO-DPMNE leader, Hristijan Mickoski together with the Mayor of Ohrid, Kiril Pecakov, attended Sunday the marking of the beginning of the construction of the “Makedonski prosvetiteli” boulevard in Ohrid.

It is important for us to realize and fulfill the promises we made to the people of Ohrid, but also to the citizens of Macedonia, to create a new future which was our main message in these elections, to show that they are not all the same because the people have had enough of divisions and failures. The people want to see results and finally see the realization and fulfillment of the promise. That makes us different from our political opponent, from this government led by SDSM and DUI. We will try to show at the local level that it could have been different and that we can all work together honestly and meet the expectations of the citizens within the possibilities, said Mickoski in Ohrid.

Mickoski added that he expects the local authorities not to find excuses and to complain about how difficult it is because the situation with the Public Enterprises is bad.

If things in this municipality were good, then surely the citizens would not have given their trust to another party, they would have given it to our predecessors. If we say that there is a lot of crime, we will not surprise you, the people of Ohrid know that. We will focus on fixing the situation as much as possible and we will focus on delivery of what has been promised, said Mickoski.