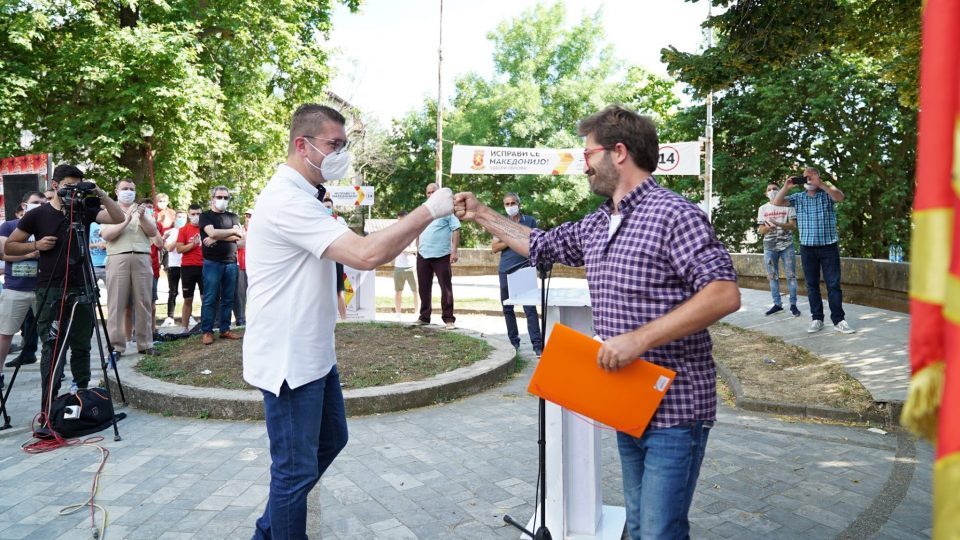 VMRO-DPMNE leader, Hristijan Mickoski, together with head of the party’s list in the fifth electoral district, Igor Durlovski, visited Thursday the municipality of Debar and met with the locals.

During the meeting, Mickoski said that the VMRO-DPMNE program contained measures that will guarantee unconditional justice and zero tolerance for corruption.

Mickoski added that it is up to the citizens to decide what kind of country they want to live in, a country with corruption, or a country where the rule of law, the Constitution, law and justice will be respected.

Mickoski pointed out that everywhere throughout the Republic of Macedonia was felt that the renewal is coming. It is felt that VMRO-DPMNE will win this election, he said.

Moreover, he reminded how SDSM promised to bring justice, but unfortunately it only brought racketeering, crime, poverty and “wham-bam” judiciary.