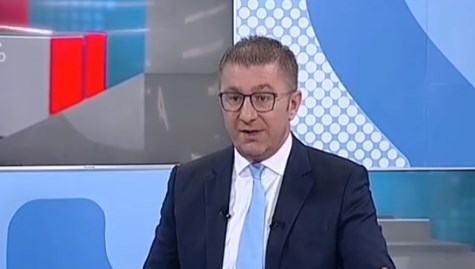 I pledge that this reformed VMRO-DPMNE will build more in Macedonia in one mandate in office than the current Government can do in five terms, said VMRO leader Hristijan Mickoski during his Alfa TV interview today.

The coming elections are crucial, and the people will need to decide carefully. The bribes offered to voters by Zaev will be spent quickly, but the consequences of giving him the vote will remain, he warned.

Mickoski said that Macedonia can’t develop as a country based on marijuana, prostitution and other “businesses” advanced by Zaev or with moves such as the announced fire-sale of publicly owned farmland. He called on the voters to send the SDSM appointed mayors packing in the October municipal elections, as a first step toward defeating ZAev’s policies and removing his Government from office.