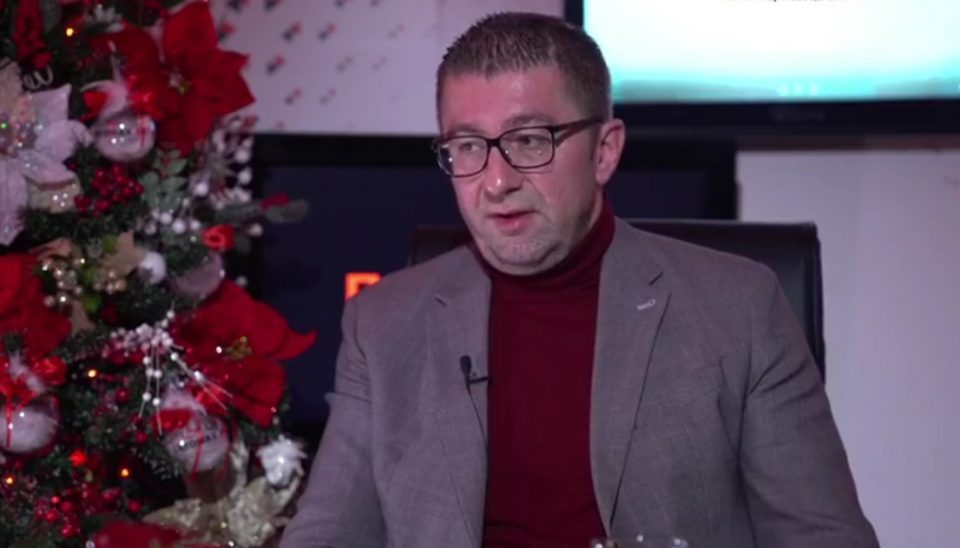 In an interview with “Prasanjeto mi e sledno” show ” on the Infomax news portal, the leader of VMRO-DPMNE, Hristijan Mickoski, spoke about the health crisis, the economic collapse and the bad policies of the Government.

Mickoski referred to the poll that appeared in public regarding the support enjoyed by political parties, leaders, but also the poll in relation to the 100 days of the Government of Zoran Zaev. Mickoski says that this poll clearly shows how much influence those 33 million euros for Makpetrol had on TV Telma , as well as probably on the agency that conducted the poll.

Zoran Zaev and SDSM clearly know what they will face in the next parliamentary elections. This poll that is being shared in the public is just a thank you for those 33 million euros for which Zaev and SDSM fought fiercely in the past days. But, the citizens of the Republic of Macedonia clearly see in which direction Zoran Zaev is moving the state and I am convinced that this Government will not last long, says Mickoski.

Mickoski pointed out that such high percentages of support expressed in the poll are totally unrealistic and fake.