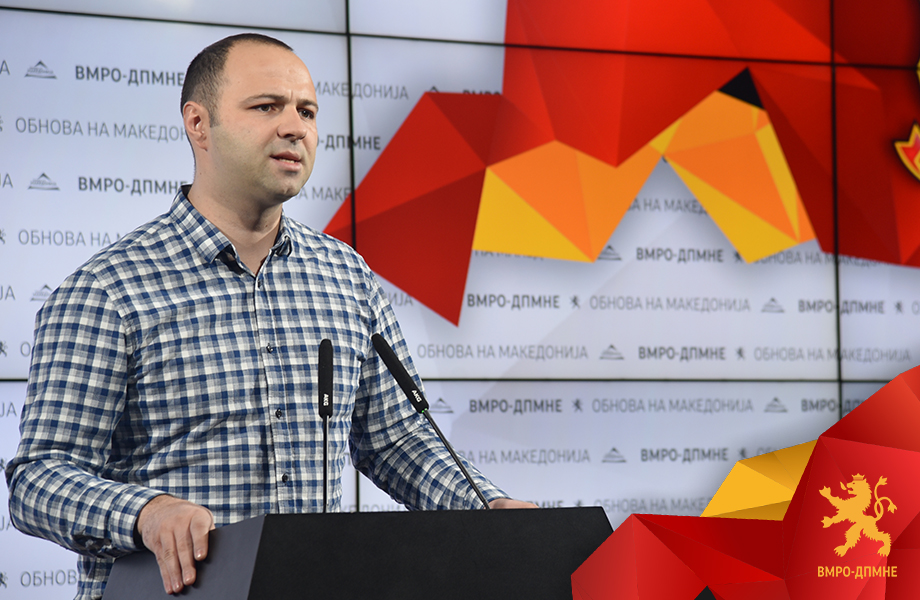 According to him, the signing of the Prespa Agreement is the result of the cover-up of the crimes of the government, the rigged contracts, the scandalous agreements and concessions and licenses that impoverish the people.

If VMRO-DPMNE wins a two-thirds majority, he said, he will do everything possible to correct the damage Zoran Zaev has done to the Republic of Macedonia.

Asked after the press conference to comment on Zaev’s accusations that VMRO-DPMNE threatens to annul the Prespa Agreement, Misajlovski said:

We are not threatening, we are showing what the citizens think and what VMRO-DPMNE thinks, yet we stand behind this agreement being harmful. And it will be harmful and will remain harmful because it affects identity, it affects everything Macedonian. And rightly so we have been saying several times that if the citizens give us a chance we will try to revise it. We do not threaten anyone we want to have friends everywhere, but of course we should not be ashamed of who we are and will never be ashamed. We are Macedonians and will remain Macedonians wherever we are.