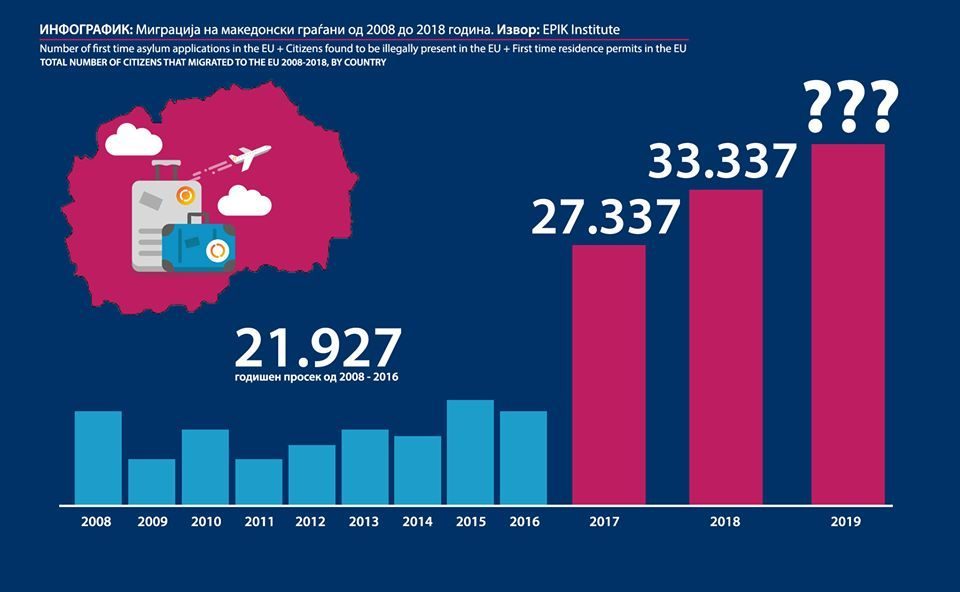 An analysis by the Kosovan EPIK institute reveals that more than 33.000 people moved out of Macedonia in 2018 alone.

The years of the VMRO-DPMNE led administration saw somewhat lower emigration rates, but the exodus peaked under the Zaev administration, to the point that even President Pendarovski told the youth gathered at a conference that, if he weren’t President, he would leave Macedonia too.

Pendarovski’s advice to the young: If I weren’t President, I would move out of my country too

According to EPIK, the European Union is the main destination for Macedonian emigrants, and 61.3 percent of them asked for a permit to live and work in the Eurozone, while 16.7 percent did so illegally and 22 percent claimed asylum.

Albania leads the Balkans by emigration, EPIK found, with 1.25 million people estimated to have left the country in 10 years. Montenegro, on the other hand, has the lowest emigration numbers with just 36.000 people leaving over the same period of time.

In 10 years, high school lost a quarter of their students