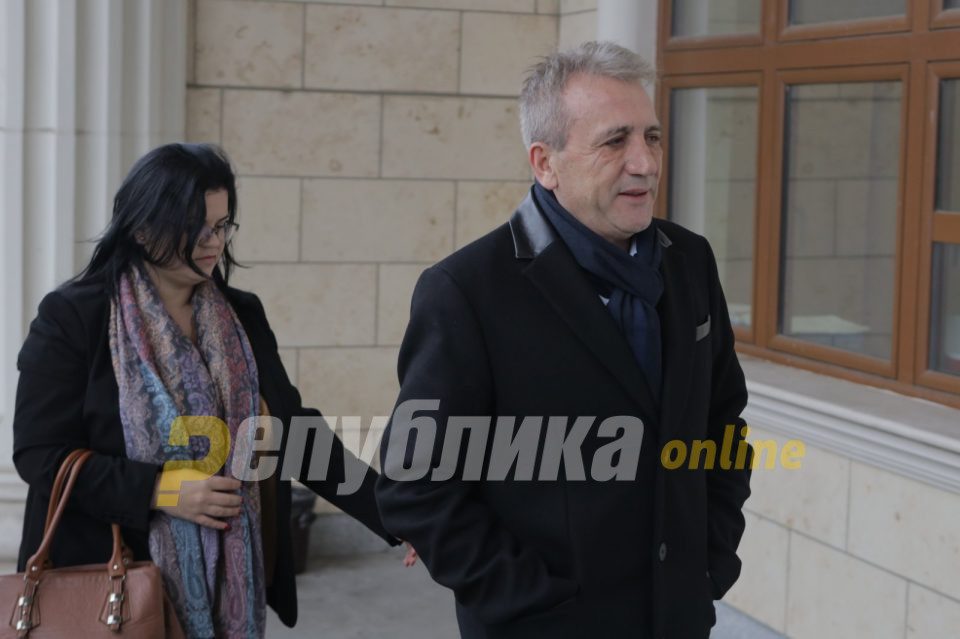 Former Prime Minister Nikola Gruevski, who is one of the defendants in the TNT case (as in most other cases initiated by the now disgraced Special Prosecutor’s Office), offered his opinion on the trial now that it is expected to begin anew, from the start. Gruevski is charged with ordering the demolition of a large residential complex built by controversial businessman Fijat Canoski due to the major confrontation over the A1 television. Macedonia’s largest TV station, owned by another controversial businessman, and Canoski’s in-law, Velija Ramkovski, who was sentenced for fraud and tax evasion, consumed much of 2010 and sparked the early general elections in 2011, in which Canoski also competed as leader of a small party of Muslim Macedonians.

Canoski’s complex was determined to violate the building permit and was demolished, for which he now demands 40 million EUR in damages – a sum which the presiding judge seemed all too eager to approve before he was forced to order a re-trial.

From a humble and little known businessman, who ran a small construction firm, he (Canoski) somehow managed to receive credentials to open a university where, according to numerous testimonies, students are paying for their diplomas. The university was also built unlawfully, it was reported, and if they want, the prosecutors should look into it. He received the full media support of the most powerful media outlet at the time, whose owner was also involved in a multi-layered criminal enterprise worth millions for which he was sentenced to prison. By the time I became Prime Minister, Canoski had largely already built his business empire. I share the fault for the fact that the institutions were not focused enough on investigating his way of doing business while I was in office. Never the less, by ending the unlawful construction project in Gazi Baba, we showed that the rule of law works in Macedonia, even for a party leader who is a member of Parliament. The law provides a 10 years long prison sentence for unlawfully building something the size of this Cosmos developement, but instead of getting what he deserves, this man uses the political support he now has to turn himself into a victim and to claim 40 million EUR in damages, Gruevski writes in a social media post.

Gruevski noted that many of the professors from the FON university Canoski runs are now outspoken in his defense. The university hired some of the key figures in the 2015 Colored Revolution, such as the former secret police chief Zoran Verusevski, and now hires the former Interior Minister Ljubomir Frckoski.

In his response to the drama over the so-called TNT trial – a name Special Prosecutor Katica Janeva gave to the case – Gruevski notes that Canoski himself acknowledged that the development is violating the terms of the permit and submitted a request that the municipal authorities look the other way and legalize it none the less. “The municipal officials who rejected the request to legalize this crime should be rewarded, but instead they are dragged before the courts”, Gruevski says.

According to the former Prime Minister, Canoski was then using his close ties with Katica Janeva to construct the criminal case which he believes will get him a huge, 40 million EUR worth windfall from the state budget. As the case got dragged out in court, despite judge Stavrev’s best efforts to expedite the sentencing, Canoski accused Gruevski of determining outcomes in court from his political exile in Budapest, and even of bribing a lay panel judge who withdrew from the trial after reaching the required retirement age, which provoked a re-trial. Gruevski described the comments from Canoski as his anxious reaction after he realized that he will not get the tens of millions he was hoping for.

The money would have distributed among all who helped create this case, and the only thing that remains to be done is to sentence the unjustly charged defendants. Meanwhile, encouraged by the fact that he is currently the favorite of this outgoing Government, Canoski is rebuilding Cosmos on the foundation of the old building even though the it is again done in violation of his permit. He likely believes that this Government will allow him to finish the build and sell the apartments, and all will be forgotten. But the charges against him for the original unlawful construction still haven’t lapsed under the statue of limitations and once the country is reformed and is placed under a lawful Government, a new case could be initiated and this character from the underworld could finally end up where he should have been sent long ago, Gruevski responds.