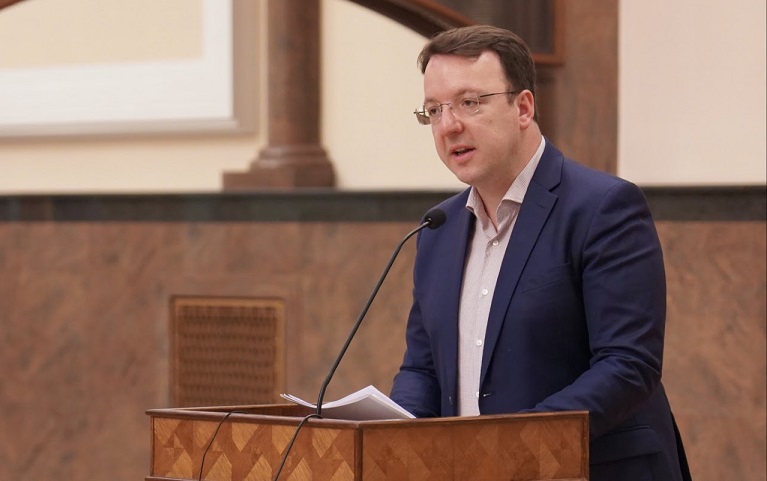 The statements from Nikola Dimitrov clearly prove that the SDSM party and their Government intend to commit national betrayal in the negotiations with Bulgaria, said VMRO-DPMNE Vice President Aleksandar Nikoloski. Nikoloski spoke hours after Dimitrov, who was Zaev’s Foreign Minister and Deputy Prime Minister and who signed the Prespa Treaty with Greece, said that he has strong disagreements with the rest of the Government, especially current Foreign Minister Bujar Osmani, about the course of the negotiations with Bulgaria.

I’m seriously concerned. For a long time we have said that the Government is conducting a policy of capitulation toward Bulgaria. The position of Macedonia is clear, it is outlined in the resolution proposed by VMRO-DPMNE that was adopted by all parties in Parliament, including SDSM and DUI. But we have strong doubts that the Government does not respect this resolution. They are trying to avoid having the agreement they are negotiating with Bulgaria submitted before Parliament, Nikoloski said.