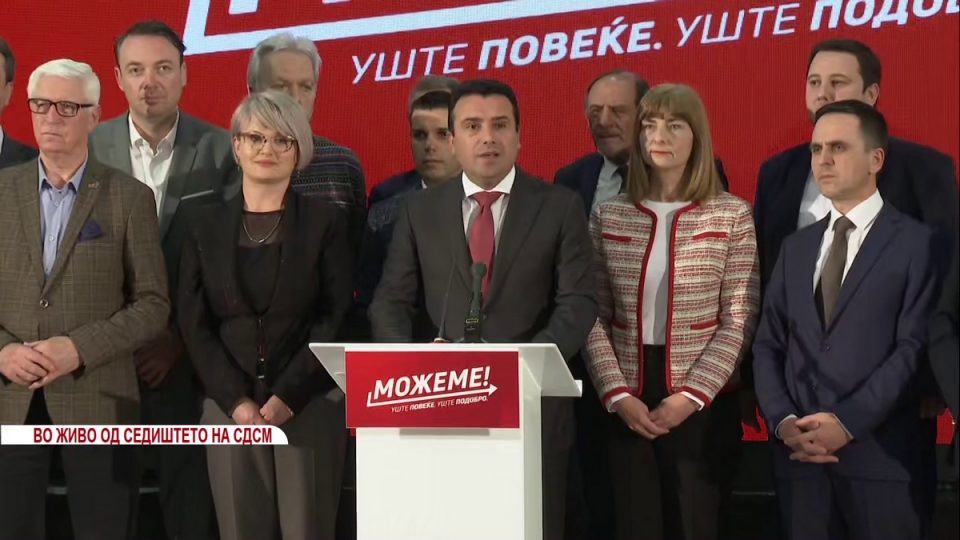 Regarding the announced new parliamentary majority, VMRO-DPMNE Vice President Aleksandar Nikoloski said on the “Sto ne e jasno” show that although Zaev is terrorizing and putting pressure on the ruling coalition parties, this government will fall and the new government will aim to organize local and early parliamentary elections.

On Sunday night, it was reported that the Liberal Democratic Party had decided to leave the coalition with SDSM, Zoran Zaev on Monday morning publicly admitted that he was terrorizing and putting pressure on LDP, and said that I quote “through the Secretary General I told them that this is a blow to me and SDSM and that we will not forgive them for this and that this is a blow to us, I conveyed very clear messages to them,” said Nikoloski.

Nikoloski clarified that because of that there is a possibility for some of the MPs from the coalition to succumb to pressure from the government, that is why he does not want VMRO-DPMNE to enter an adventure for the government to fall, and later some of Zaev’s associates to be elected prime minister, but the goal is form a new government in which there will be no SDSM, and which will be tasked with organizing fair and democratic local and early parliamentary elections.