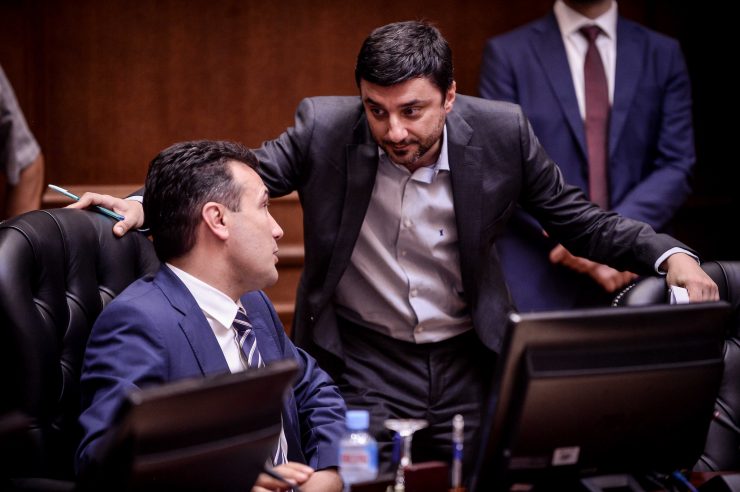 Boki 13 opened a TV station shortly after Zaev’s power-grab in 2017 and quickly brought a number of SDSM party supporting journalists to run political shows there. The style of coverage was clearly meant to both attack SDSM political opponents and to pressure businessman into giving Boki and SDSM officials money, through “purchases of ads” on his 1TV station.

In his letter, Boki 13 details how Zabrcanec kept calling him and ordering him what news to report on, and in what style.

You Zaev keep lying to the people with paid propaganda from journalists managed by Marjan Zabrcanec. Truth be told, I was one of those managed by Zabrcanec while 1TV was still active. I would get up to 100 articles and links a day that needed to be aired on the TV! The communication between me, Zabrcanec and Robert Popovski, then some kind of a Minister for transparency and accountability was conducted through the WhatsApp application. I haven’t erased any of the messages, Boki 13 said.

Zabrcanec responded with a broad statement full of slogans about how the SDSM Government ensured the freedom of the press.

There is no Governmental pressure on the media. Criticism from citizens comes daily, is loud and is acknowledged. The freedom of the press is part of our hard won daily life, Zabrcanec claims.

In response, the opposition VMRO-DPMNE party demands answers from the Government about this scandal.

Zaev, Zabrcanec and their team were ordering the content of the news outlets in an attempt to cover up their crimes and to suffocate all criticisms. Their main priority is to prevent the revelation of dark business deals rife with crime and corruption, VMRO said in a statement.