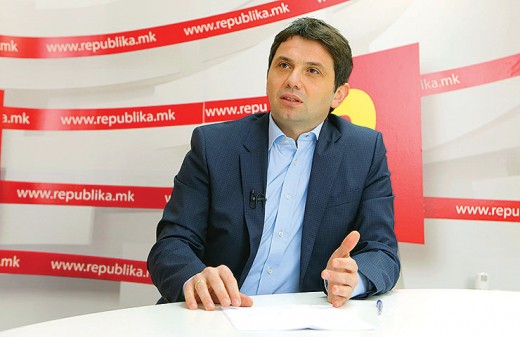 Former Transportation Minister Mile Janakieski is among those arrested during the latest round of dawn police raids. Another of the arrested is Dimitar Dimovski, member of the VMRO-DPMNE Executive Committee, who was recently outspoken in uncovering the scandalous attack by an SDSM Mayor on a municipal employee.

The police also arrested Dejan Mitrevski, VMRO-DPMNE head of Aerodrom, the urban Skopje municipality which swung decisively to the opposition during the recent presidential elections.

A total of 10 people were arrested in the series of raids. The charges are drawn up over an administrative measure related to a planned construction project in downtown Skopje, a frequent excuse by the Zaev regime to go after its political opponents. It is reported that several public notaries and administrative officials in the cadastre office are among those arrested.

Janakieski was detained early this year over another set of charges, and was promptly attacked in the Shutka prison by a group of Albanian terrorists, after which he was released into house arrest.