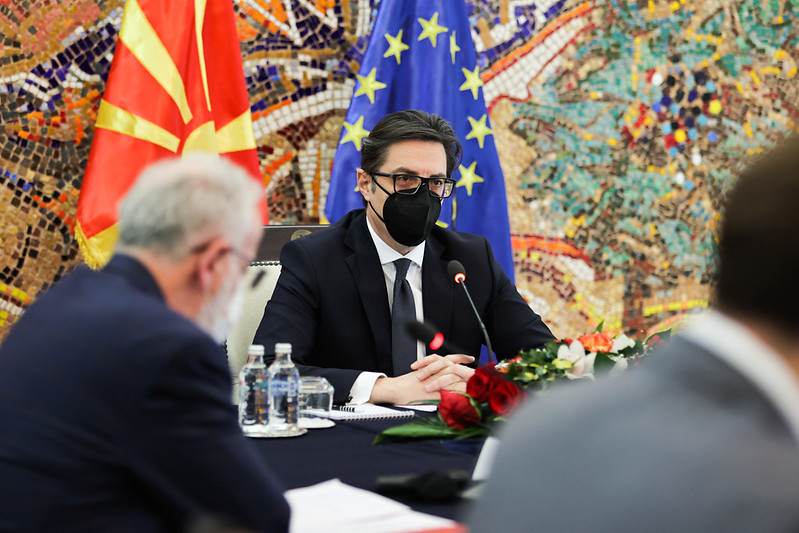 President Stevo Pendarovski said that the scenes of having thousands of Macedonian citizens go to Serbia to get vaccinated is an embarrassment. Macedonia utterly failed at providing vaccines for its citizens and the moment Serbia announced it has surplus Astra Zeneca vaccines, thousands took to Belgrade and Nish hoping to get vaccinated. Healthcare Minister Venko Filipce fired back at Pendarovski, saying that he, as President, didn’t support the process of procuring vaccines at all.

The scenes we saw in Serbia over the weekend, where our citizens were being vaccinated, is an embarrassment for the country and must not happen again, Pendarovski said after the meeting of the Security Council convened to discuss the coronavirus crisis. He also expressed his gratitude to Serbia for sharing the vaccines.

Filipce, who attended the Council, quickly responded that Pendarovski contributed with nothing to the search for vaccines.

I am surprised by the statement from President Pendarovski. The scenes from Serbia are not an embarrassment, they are an expression of solidarity during a crisis. Citizens of other countries also went to Serbia to be vaccinated but their presidents did not say it’s an embarrassment. The Government is doing all it can to provide vaccines and the vaccination begins tomorrow. The President of the state is an institution that should also play an important role in the procurement processes. Unfortunately there was no specific support from Pendarovski, Filipce said.