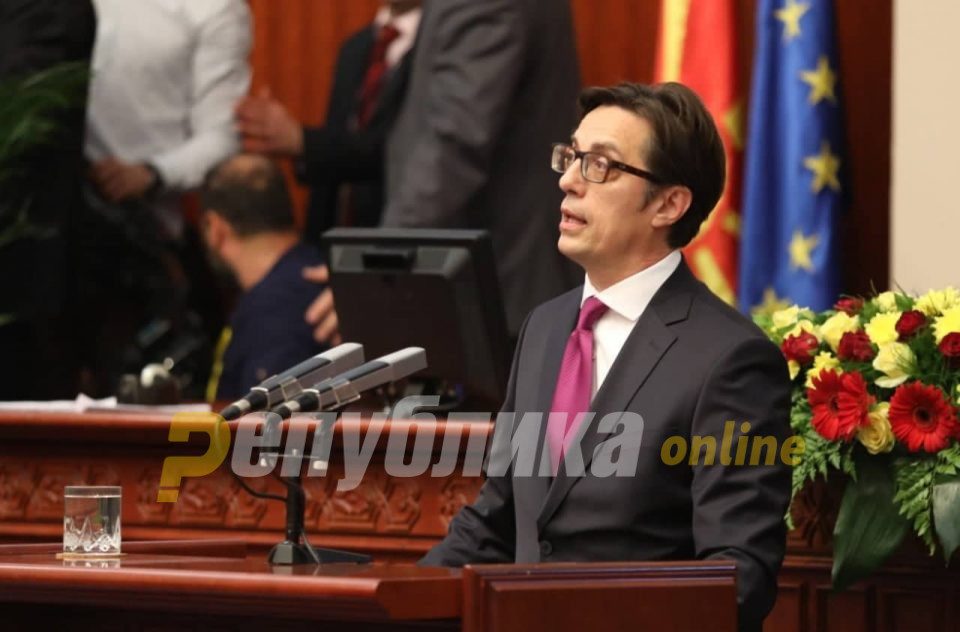 Stevo Pendarovski was inaugurated as Macedonian President today in a ceremony in the Parliament. Speaker Talat Xhaferi led the ceremony, opting to speak in Albanian, which strongly emphasized the voting bloc to which Pendarovski owes his election. 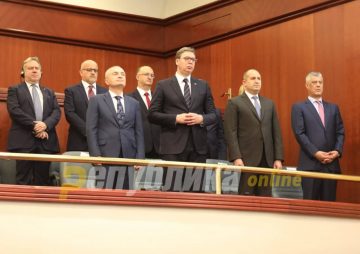 Also in attendance were the presidents of Albania, Bulgaria, Serbia and Kosovo and the foreign ministers of Greece and Montenegro, as well as diplomatic envoys from Turkey, Poland and Slovenia. 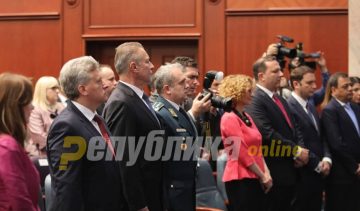 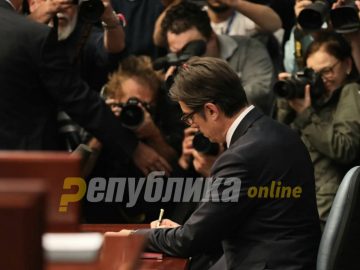 Pendarovski also promised to work to complete the process of bringing “North Macedonia” into NATO and the European Union, for which the country was forced to pay a high price and redefine its name and national identity.

Prime Minister Zoran Zaev was also absent but by his own choice – he is taking a regional vacation tour after the elections and sent Pendarovski a message of congratulations.

Also present at the event were religious and military leaders, representatives from the soon to be renamed Macedonian Academy of Arts and Sciences and Vilma Trajkovska, widow of late President Boris Trajkovski.