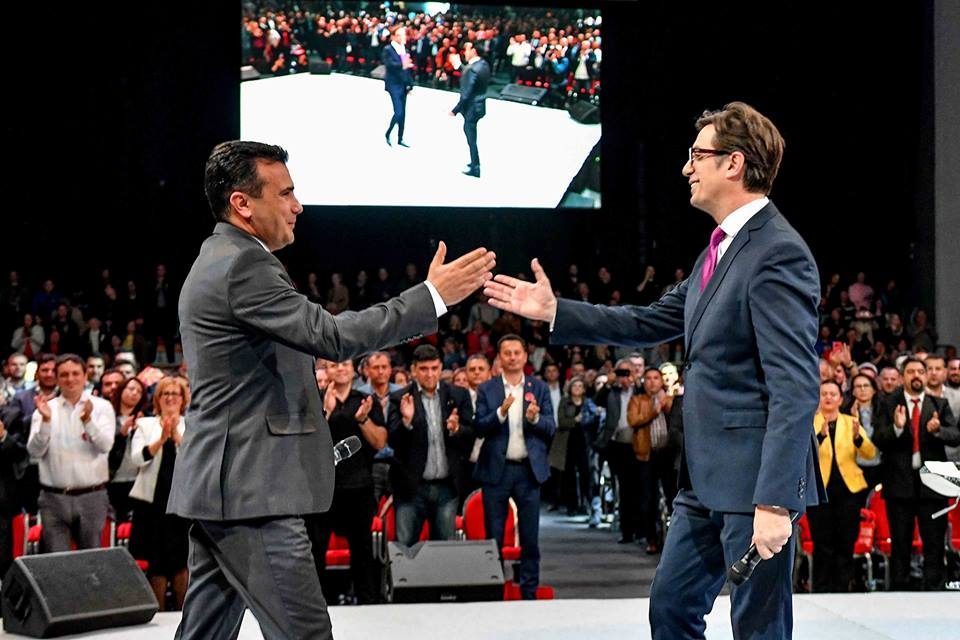 President Stevo Pendarovski is piling on in his growing rift with Prime Minister Zoran Zaev. In an interview with Al Jazeera, Pendarovski warned that the greatest security threat Macedonia faces comes from high level corruption within the Government. The statement comes as Zaev is facing multiple major corruption scandals involving his top officials, and Pendarovski has already urged expedited investigations in these cases.

Over the past 5-6 years, and maybe more, I’m convinced that our biggest security threat is the high level corruption – corruption that is perpetrated by top Government officials. And if you don’t give an opposite example to their actions, what do you expect from the common citizens? Of course they will copy this behavior. They will say that, if the President is stealing, if the Prime Minister is corrupt, if the Minister is a thief, and that goes unpunished, they go to the court once or twice, bribe a judge or a prosecutor and cover things up… I believe that our future is bleak and this is why we need the EU, where we have the most prosperous countries and the lowest corruption levels, Pendarovski said in his latest thinly veiled attack on Zaev.

Pendarovski: Anyone mentioned in “Racket” should step forward, without waiting to be summoned by the authorities

The two were on the opposite sides of two other issues. Pendarovski urged decoupling from Albania in the EU accession process, at least until he was told to “remember his place” by Albanian Prime Minister Edi Rama. Zaev could not be brought to utter the “d” word. And after Zaev’s policy led to the defeat in Brussels and Macedonia and Albania were both denied their request to open EU accession talks, Pendarovski sounded a somewhat more hawking line and urged that the implementation of the Prespa treaty is suspended, while Zaev briefly hinted at this option, but then quickly retreated.

The growing rift was also noticed abroad. Italian journalist Laris Gaiser, whose reporting did much to uncover Zaev’s corruption scandals, sees the development as Pendarovski laying the groundwork to challenge Zaev for the SDSM party leadership in the near future.

Gaiser sees Hristijan Mickoski as the next Prime Minister of Macedonia