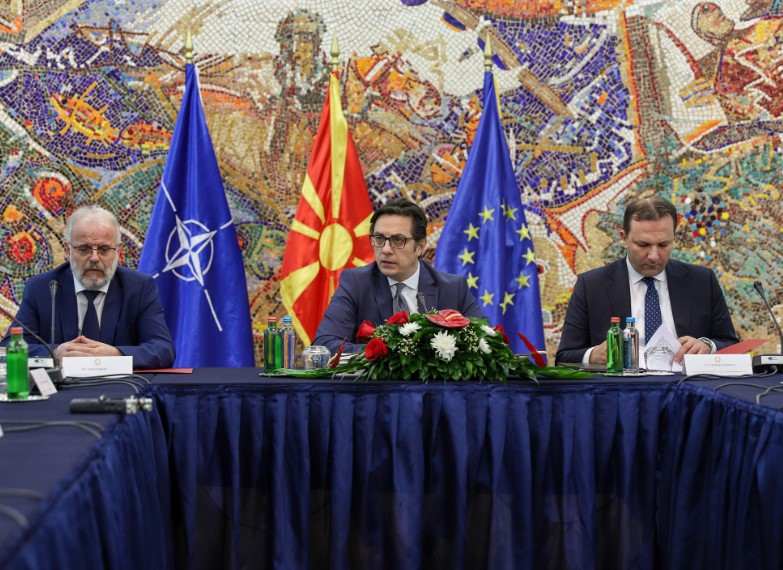 President Stevo Pendarovski said that he will not propose that a crisis situation or a state of emergency is declared in Macedonia despite repeated calls from the opposition VMRO-DPMNE party to declare a crisis to better tackle the coronavirus.

Pendarovski called up the Security Council and discussed the epidemic which has led to a quarantine in Debar, in the far west of Macedonia and will likely have the early general elections postponed. After the meeting, Pendarovski said that the country is tackling the epidemic well and that he may declared a crisis situation in limited parts of the country.

There is good cooperation between the authorities in debar ad Centar Zupa. The state is responding adequately. If necessary, we can always declare a crisis situation, Pendarovski said.

Another meeting will be held in Pendarovski’s office tomorrow at noon, where party leaders will discuss the proposal from VMRO-DPMNE to postpone the elections that were scheduled for April 12.