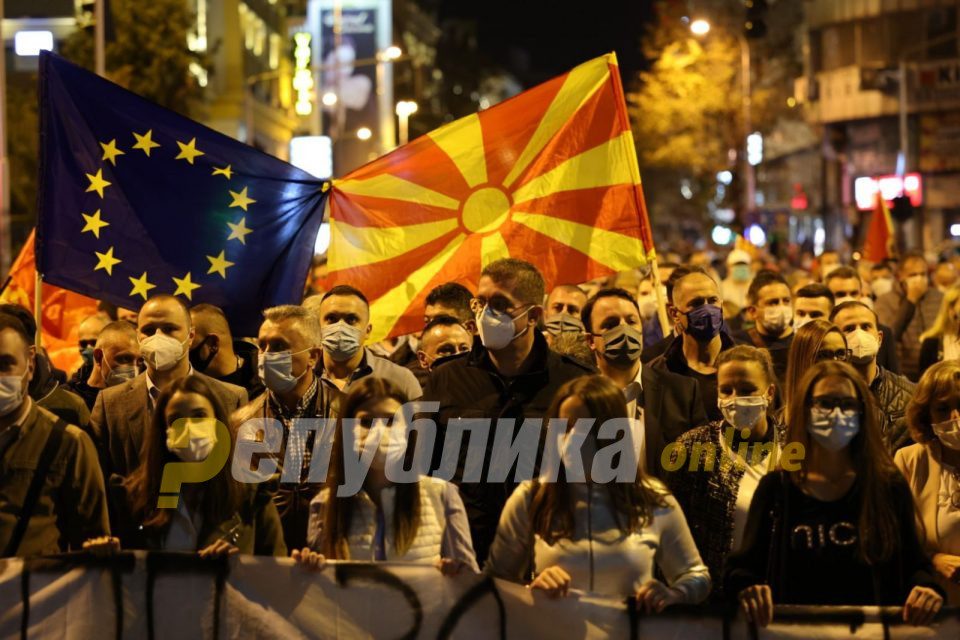 A poll conducted by MKD.mk and Market Vision shows a growing VMRO-DPMNE lead over SDSM. The conservative party is now projected at 1.7 percent ahead of its socialist rival, with 15.2 percent opposed to 13.5 percent.

The poll is a recent one, conducted in the second half of June. When asked who they voted for in the last election, VMRO-DPMNE holds steady, but SDSM support has collapsed, from a level of support of 18.2 percent down to the current 13.5 percent. The gain seems to be going toward the left wing populist Levica party, which stands at 5.3 percent. 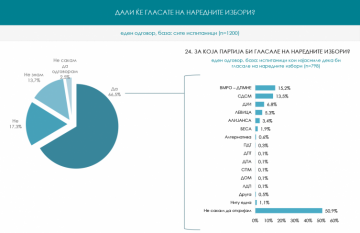 Almost 60 percent of those polled said that they are dissatisfied with the Zaev Government, but also have no trust in the opposition.
The poll showed that ethnic Macedonians support VMRO-DPMNE – the opposition party has the support of 14.7 percent, compared to 10.9 percent for SDSM. SDSM used to count on Albanian support to bridge this gap, but that is declining from 0.6 percent to 0.1 percent.

By region, VMROI-DPMNE leads more than double over SDSM in the eastern part of the country, while SDSM has a 3.7 percent lead over VMRO in the Pelagonija region. Levica scores its best results in the east and the south-east.

Among the ethnic Albanian parties, DUI leads the Alliance of Albanians with 6.8 to 3.4 percent. Zaev’s coalition partner BESA ranked at 1.9 percent.