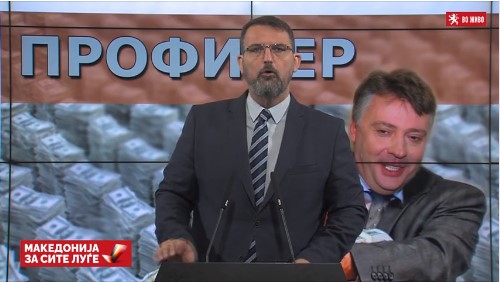 After the “Illegal construction” affair -where the mayor of Skopje Petre Silegov was illegally building addition to his family building without documents, after the affair “Vodovod” – construction and construction activities on a water supply system without a signed contract follows the “Profiteer” affair. All this gives the contours for a future comprehensive investigation of the Public Prosecutor’s Office into how the mayor of Skopje in four years increases his assets by almost half a million euros, the spokesman of the opposition VMRO-DPMNE, Naum Stoilkovski said at Sunday’s press conference .

He says that all comes down to one thing – that Silegov paid millions from the Skopje municipality for rigged contracts.