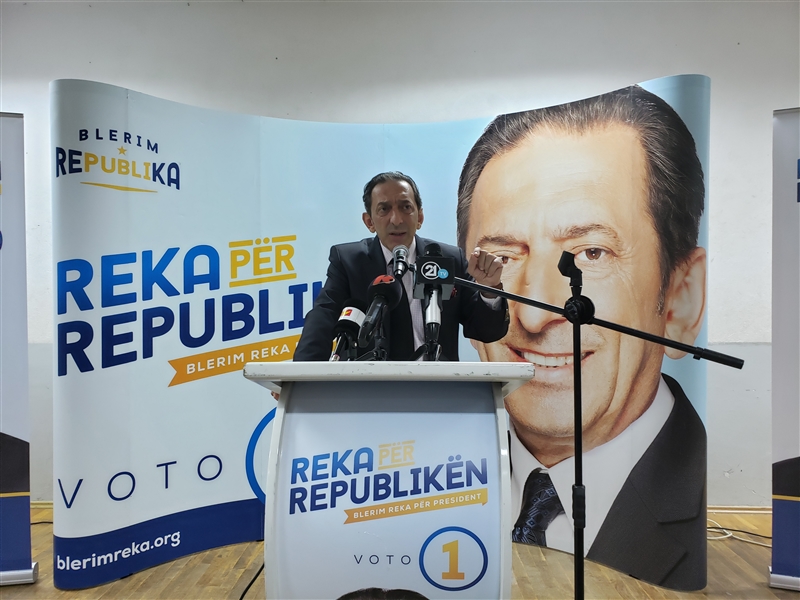 Blerim Reka, the only ethnic Albanian presidential candidate in the race, urged Albanians to come out and support him, saying that the time is coming when “the Republic” will have an Albanian President.

He saw an opening as the largest ethnic Albanian party, DUI, joined its coalition partner SDSM and supporters its candidate Stevo Pendarovski. This allows the two opposition Albanian parties, AA and BESA, to win votes from DUI supporters unwilling to vote for an ethnic Macedonian candidate. With VMRO-DPMNE candidate Gordana Siljanovska – Davkova with a solid lead among ethnic Macedonians, Both SDSm and DUI increasingly rely on Albanian voters for their local and national support, but Reka wants to break their stranglehold in this department.

The former Ambassador to the European Union, from the Butel area of Skopje, campaigns under the slogan “Reka for the Republic”, which omits both the “old” and the “new” name of the Republic of Macedonia. He now teaches at the University of South East Europe and also makes an attempt to win Macedonian votes as well. Polls put Reka well behind both main candidates – Pendarovski and Gordana Siljanovska – Davkova, but he tells VOA he still hopes he can reach the second round.

Blerim Reka considered for the position of Foreign Minister of Kosovo

Pendarovski presents his staff, Reka refused to join it