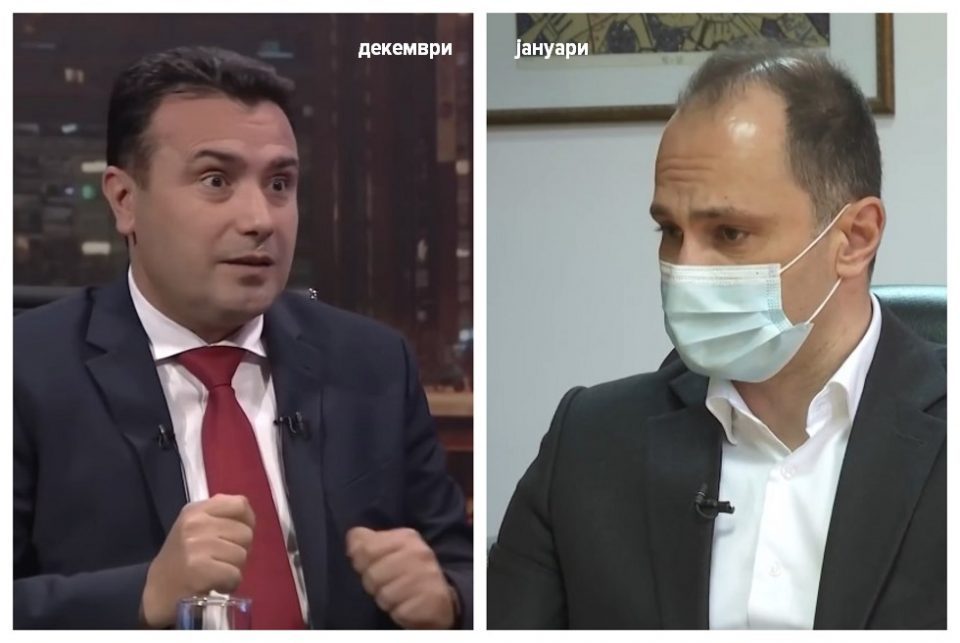 Radio Free Europe prepared a montage of all the misleading and fake statements made by Prime Minister Zoran Zaev and his Healthcare Minister Venko Filipce on the issue of vaccines. Macedonia is among the few countries in the region that still haven’t received a single dose, despite many assurances from the Government that it is in talks with producers directly, and is expecting significant shipments through the Covax mechanism.

In early December 2020, Zaev claims that the Government paid the advance fee on 833,000 shots through Covax. He goes on to say that there is an option to buy Pfizer vaccines directly, but that Macedonian laws demand having a public procurement process and Pfizer insisted on a direct contract, so this option is out. This statement in particular came back to haunt Zaev, as it shows him as someone who refused an easy offer of vaccines.

As it became clear that the Pfizer vaccines are not coming in time, Minister Filipce is shown announcing a donation from Bulgaria, as it receives its own shipment of vaccines. This promise, made in mid December, also never materialized.

On December 30th, Filipce goes against what Zaev was saying initially, and announces that a direct contract was made with Pfizer and that some of their vaccines will arrive in February.

Zaev then insists that Macedonia will not purchase Russian or Chinese vaccines, as it is a new NATO member state. Zaev compares our situation with Serbia, which is purchasing vaccines from all sides. At one point the Russian Embassy revealed that it offered its Sputnik vaccine to Macedonia but was ignored. And now, a few days ago, with all the other options drying out, Filipce announced that Macedonia will sign a contract with China for its vaccines. When asked what happened with the promise of Western developed vaccines, President Stevo Pendarovsk responded that the major international companies see Macedonia as too small of a market and “forgot about us”.