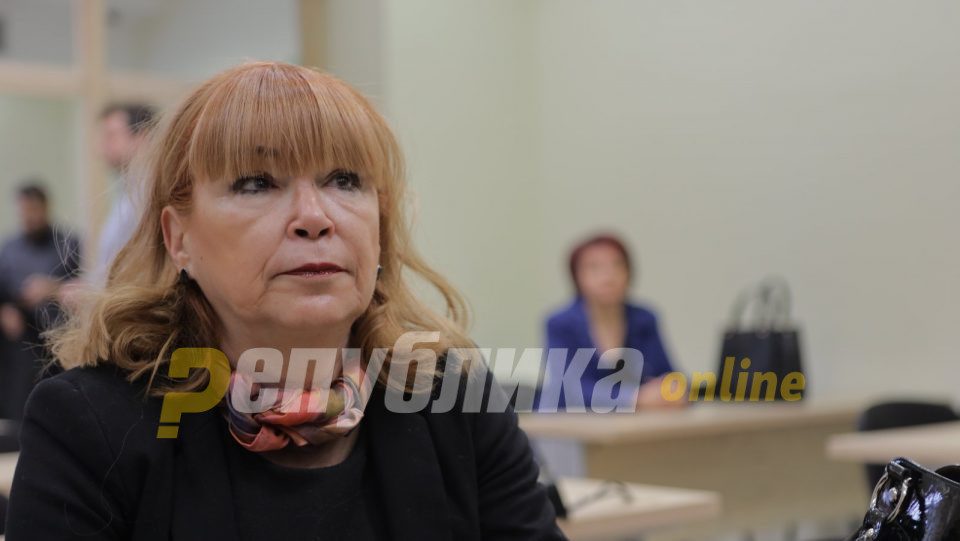 Recordings of conversations between Bojan Jovanovski and Zoran Milevski Kiceec were presented at the “Racket” trial on Thursday.

Jovanovski reacted that he should have heard these conversations first, because he had not had such an opportunity so far.

Prosecutor Ivana Trajceva then said that during some of the talks the public would be excluded, as there were private conversations between Kiceec and Boki 13.

Janeva reacted to this and emphasized that all the recordings should be heard by the public, and Jovanovski also agreed not to exclude the public.

We demand that the public not be excluded. Everything should be presented publicly, to see who is offering racketeering, who is offering bribes and who is being manipulated, said Janeva, who indicated that she did not consent to exclude the public.

Then Prosecutor Vilma Ruskoska and former colleague Katica Janeva had a heated exchange.

Janeva told Ruskoska that she should’ve thought about what evidence she proposed, to which Ruskoska replied: “Had you thought things through, we wouldn’t be in this courtroom”.

Boki 13 added that if it had not been for Ruskoska’s fabrication, they wouldn’t also be in the courtroom.

Judge Vaska Nikolovska Masevska warned them to settle down, otherwise they would be removed from the courtroom.

The tapes were secretly recorded by Kiceec.