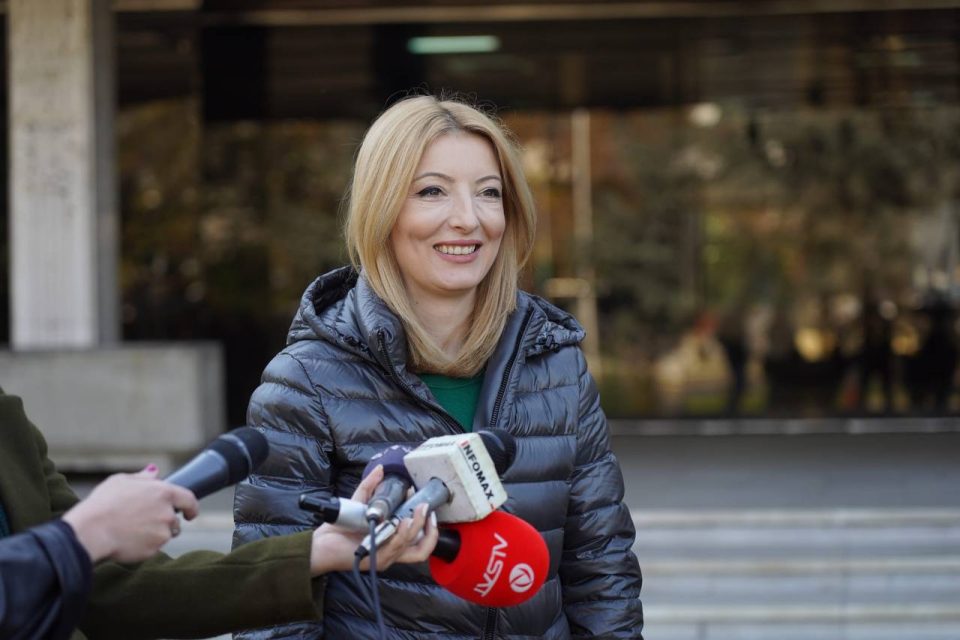 The ruling SDSM party is launching a vile misinformation campaign against mayoral candidate Danela Arsovska, said the opposition VMRO-DPMNE party, which supports Arsovska. An SDSM official today held a press conference in which she claimed that Arsovska has obtained a Bulgarian citizenship, and provided “evidence” – an alleged receipt from Bulgaria with Arsovska’s name spelled wrong – “Daniela”.

This is not the first time SDSM has waved false allegations about Bulgarian passports. This is part of their strategy, which they employ even as Zaev is pressuring the members of the joint historic commission to sign off on all the latest concessions Zaev is giving to the Bulgarian authorities, VMRO-DPMNE said in its statement.

Holding a Bulgarian dual citizenship is often seen as stigma, as Bulgaria demands that applicants sign a statement declaring that their ancestors have Bulgarian ancestry.

Even though SDSM claims that it wants to advance rights of Bulgarians in Macedonia and is happy to accept all sorts of nationalists demands from Bulgaria, it still insists on advancing its decades old slurs that VMRO-DPMNE is a “pro-Bulgarian” party. At times, SDSM teams up with partners in Bulgaria to spread this type of attacks.