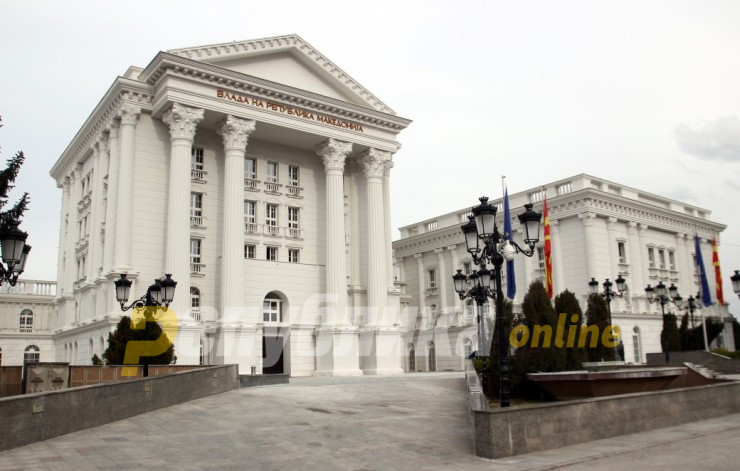 Faced with the shocking video and audio evidence that the Special Prosecutor they built up for years as a paragon of virtue is very likely grossly corrupt, the ruling SDSM party and its supporters in the media were scrambling for ways to respond.

SDSM spokesman Kostadin Kostadinov, himself a close associated of the suspected extortion middleman Bojan Jovanovski – Boki 13, gave the first official party response to the latest episode in the scandal, blaming the Italian newspaper which published the recordings of being part of a “dark scenario”.

All that is going on, including the publication of the recording today, is part of a pre-prepared scenario. All the dark forces have been assembled to undermine the rule of law and to endanger the Euro-Atlantic integration of the Republic of “North” Macedonia, Kostadinov said in a press statement in Zaev’s stronghold of Strumica.

And Government officials shortly told TV21 that the Zaev Government calls on the prosecutors to conduct a full and efficient investigation into the case.

Kostadinov also accused VMRO-DPMNE leader Hristijan Mickoski of meeting with “two of the people” on the recording, without specifying if he means Boki 13, his accomplice Zoran Mileski – Zoki Kicheec, or the businessman Jordan Orce Kamcev. Without offering any answers, the SDSM spokesman also asked who gave the tapes, widely believed to have been made by Kamcev to protect himself from extortion, to the Italian newspaper La Verita where they were published today causing a firestorm in the Macedonian media scene.

Media outlets who are broadly supportive of SDSM were also asking the same questions. The Macedonian office of Deutsche Welle published an article titled “How did the racketeering tapes find their way to a right wing Italian newspaper” which is twice longer than its article about the content of the tapes, which reveals that Boki 13 was taking a large sum of money from Kamcev while promising the businessman that his friend Katica Janeva will go easy on him in the money laundering case she started against him.

Journalist Borjan Jovanovski, who worked for Boki 13’s 1TV station until his arrest three weeks ago, posted a tweet with the names of Mickoski, (Viktor) Orban and (Matteo) Salvini, also implying that some nefarious international link is responsible for the revelation of the allegations of Katica Janeva’s corruption.

And Fokus went as far as declaring the Pan-European Union of being involved in the publication of the tapes, simply because the Slovenian – Italian journalist Laris Gaiser, who published the tapes, is a member of the PEU. Fokus apparently went through Gaiser’s Facebook page and found a picture of him meeting with former Macedonian President Gjorge Ivanov at an event of the Pan-European Union and blared a headline about how a former adviser to Prime Minister Nikola Gruevski heads the PEU office in Macedonia.

It won’t be any use making more absurd arrests, or having rosy press conferences about your Government’s activities, or crying about fake news. Nothing will help you focus the attention away after the tapes were published. Even if you bring Gruevski back from Budapest, it’s not use, wrote former Culture Minister Ganka Samoilovska Cvetanova in response to the frantic damage control activities by the left wing media personalities.

The leaked conversation is heavily edited, Kamcev says, and is taken out of context by a person who wanted to curry favor with the leakers