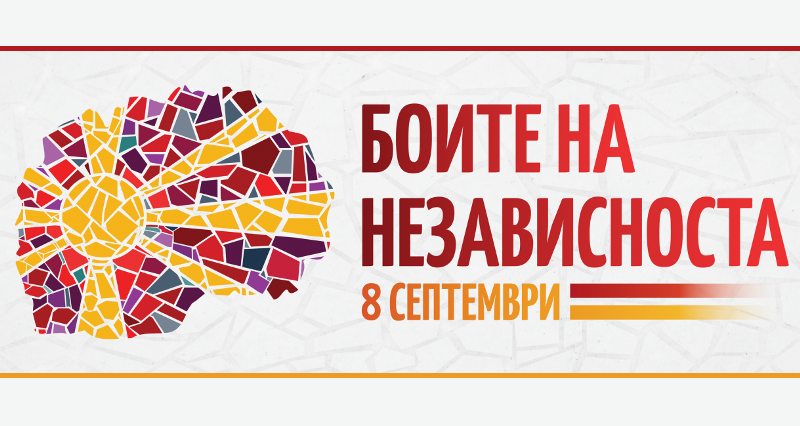 The colors of Macedonia are those that are featured on our grandmothers aprons, blankets, rugs, decorations, headscarves, socks, vests, sweaters: red, black and yellow. The colors of Macedonian freedom and independence are those most present in the Macedonian flags during the Kresna and Ilinden Uprisings, the Krusevo Republic, the NLS, ASNOM – 1944, those established by the constitutions of 1946, 1963, 1974, and 1991: red and yellow.

Did the current government liberate Macedonia on September 8, 2019, and invent new colors of “independence”? It is immoral to “paint” history, and us on Independence Day, especially before the eyes of those who were on, or in front of, the stage on Macedonia Square, on September 8, 1991,  waiving flags in the colors of freedom and independence! Professor Gordana Siljanovska Davkova wrote Monday on Facebook.