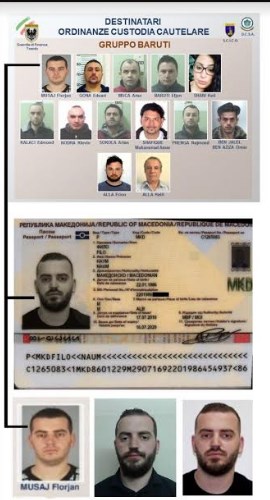 Six suspects, including Interior Ministry clerks, were ordered into detention for a month after they were arrested for issuing passports to high level regional criminals.

The scandal was revealed by the opposition VMRO-DPMNE party, which named two top bosses of the Serbian-Montenegrin mafia, one from Albania and one from Turkey who were given Macedonian passports or identity cards by the Zaev regime. Zaev’s Interior Minister Oliver Spasovski responded to this damaging revelation about him by quickly arresting nine people, including Ministry clerks, and trying to lay the entire blame on them.

Of the nine, one is in flight, one is already detained on another charge and one was allowed to remain free until the beginning of the trial. The remaining six are ordered detained by the court.