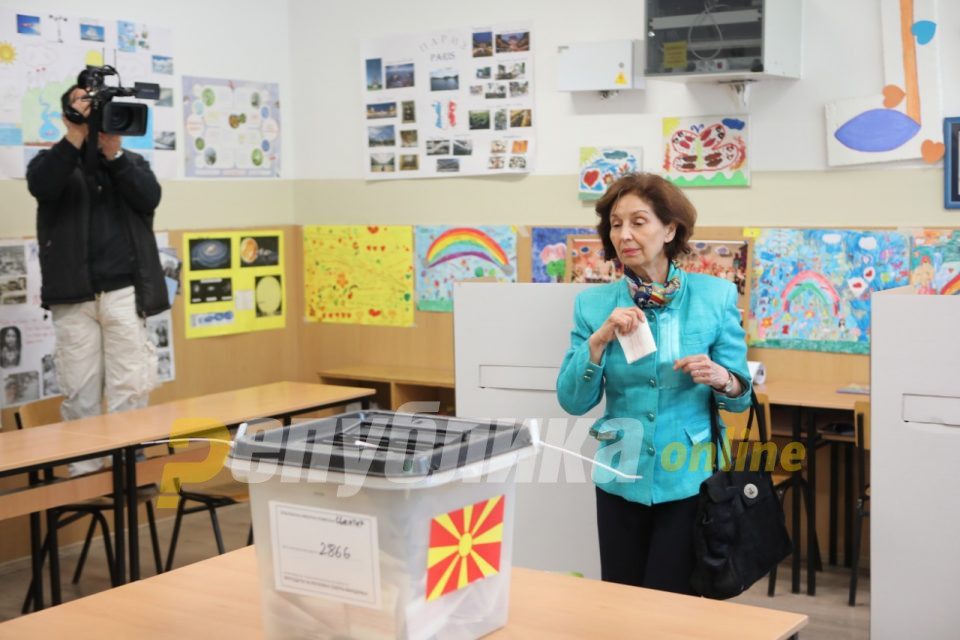 To lose 40 percent of voters in 15 months is a deep crisis of legitimacy. For me, this was like “Stand Up Straight, Delfina”, which is a great entry into the second round.

Siljanovska is not concerned about the census in the second round but she surprised why it has not yet been removed, given that the Venice Commission recommends that Macedonia removes the census, ethno-political trade from the second election cycle.

Given the low turnout, she referred to abstinence.

It can be viewed from multiple angles. The fact is that it is far lower in Albanian areas, it is clear why. Because after the emergence of a civic-oriented, educated candidate like Reka, Albanian voters opposed the bargaining of votes. They frightened many citizens who did not go to the polls. It is clear how this government treats the administration. It is an unknown phenomenon that ministers and prime ministers participate in the campaign for the presidential elections, they have crossed the line between the party and the state, and made the party a state, Siljanovska said on TV Sitel on Monday.

She believes that the turnout will be reached in the second round and the state will not enter another political crisis.

I think that we will have the required turnout, although some of the citizens do not want to go to the polls, because of the name, such as the supporters of Boycott, and the diaspora joined them, but I intend to talk to them, explain to them that the problem is solved inside the institutions. I will call them to vote in the elections. I will also call the disappointed from SDSM, those from the Colored Revolution that may not be for VMRO-DPMNE, but this is the presidential election, I am Gordana Siljanovska without political baggage and I think that I can be a novelty in the political life. The difference is negligible, maybe the invalid ballots are worrisome, Siljanovska said.

Siljanovska called on citizens to vote for her on May 5.