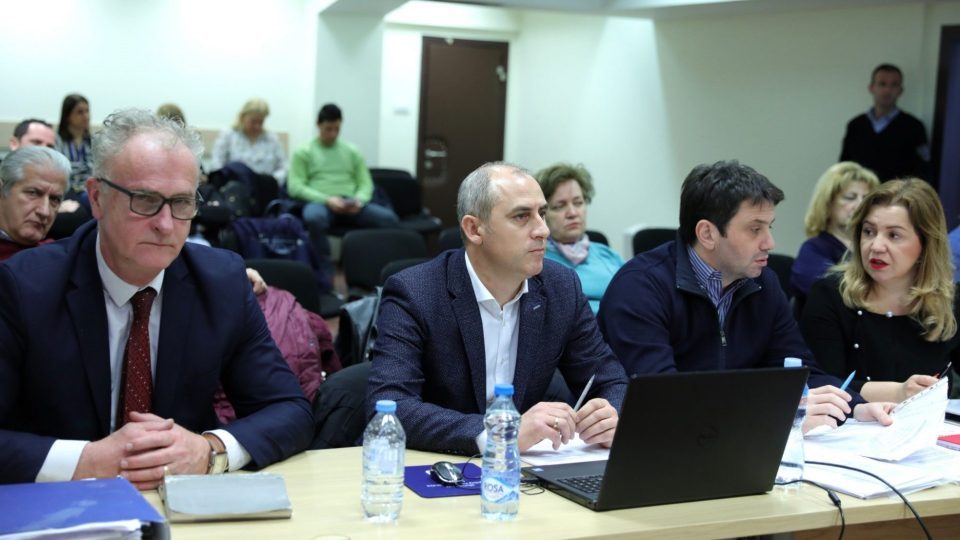 The defense in the so-called TNT trial called on the Judicial Council to meet quickly and dismiss judge Liljana Ivanovska – Kockovska, which would spark a re-trial. The judge, who set on the panel, is supposed to retire now that she is over 60 years old, but presiding judge Ognen Stavrev keeps trying to hand the verdict.

Stavrev, one of the top SDSM party aligned judges in the country, kept ordering 12 hour long hearings to be held in the case, and seemed dead set on passing a sentence before Ivanovska is forced to retire, in the trial which could net a businessmen close to the SDSM party damages worth up to 40 million EUR.

It was only after one of the defendants, former Gazi Baba Mayor Toni Trajkovski, was attacked and savagely beaten, that Stavrev was forced to postpone the trial.

Defense attorney Jovica Strasevski warned the Judicial Couhncil, which appoints and dismisses judges, that they are committing a crime if they allow judge Ivanovska to continue as part of the trial even though she should have been retired by the end of 2019. “It appears that the Judicial Council has decided to justify the illegal actions of the Skopje court. The members of the panel are now put in a position that they can commit a crime. All that is left for the Judicial Council to do now is to meet and conclude that judge Liljana Ivanovska-Kockovska’s term in office expired”, Strasevski said, who warned that if Stavrev forces a verdict it will no doubt be overturned on appeal.

Former Prime Minister Nikola Gruevski and former Transporation Minister Mile Janakieski charged in the case that was initiated by the now fully disgraced Special Prosecutor Katica Janeva. They were charged with illegally demolishing a residential complex built by businessman Fijat Canoski. Canoski is now suspected of bribing Janeva with more than 200.000 EUR through a close relative of his, which likely influenced her decision to push the case in which Canoski is claiming 40 million EUR in damages.